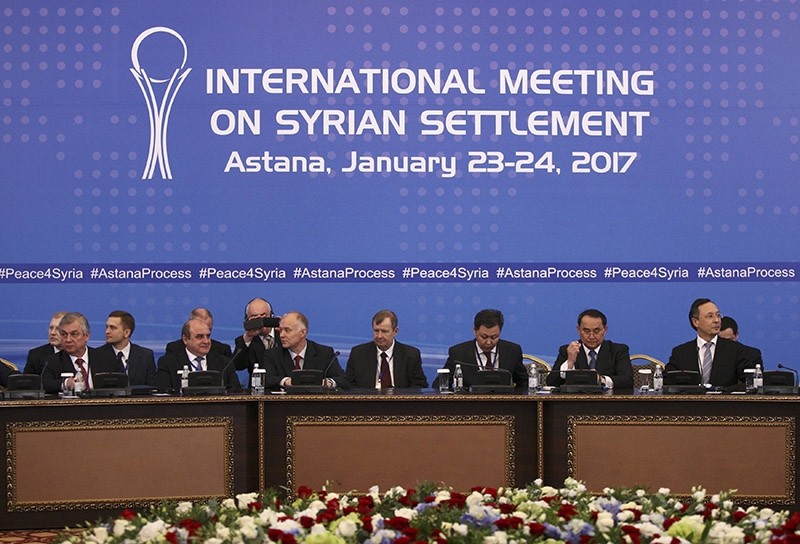 Talks between Syrian opposition factions and the Assad regime began in Kazakhstan on Monday. The Syrian opposition delegation to peace talks said it would only discuss ways to salvage a fragile Russian-Turkish ceasefire it sees as having been violated chiefly by Iranian-backed militias in Syria.

Syrian opposition members refused to negotiate directly with the regime in the first session of peace talks in the Kazakh capital Astana, an opposition spokesman announced in an 11th-hour decision Monday.

"The first negotiation session will not be face-to-face because the government hasn't committed until now to what it signed in the December 30 agreement," rebel spokesman Yehya al-Aridi told AFP, referring to the fragile ceasefire deal brokered by Turkey and Russia.

Monday's meeting will be the first between Syria's warring sides in a year and is expected to focus on consolidating a shaky cease-fire that has been in place since Dec. 30.

The talks are sponsored by Russia, Turkey and Iran whose representatives in the Kazakh capital of Astana have held meetings with delegates from both sides late into the evening Sunday and early on Monday.

The opposition delegation, which arrived in Astana on Sunday, is made up of about a dozen opposition figures led by Mohammad Alloush of the powerful Army of Islam opposition group.

The Assad regime has sent its U.N. ambassador, Bashar Ja'afari, and military delegates.