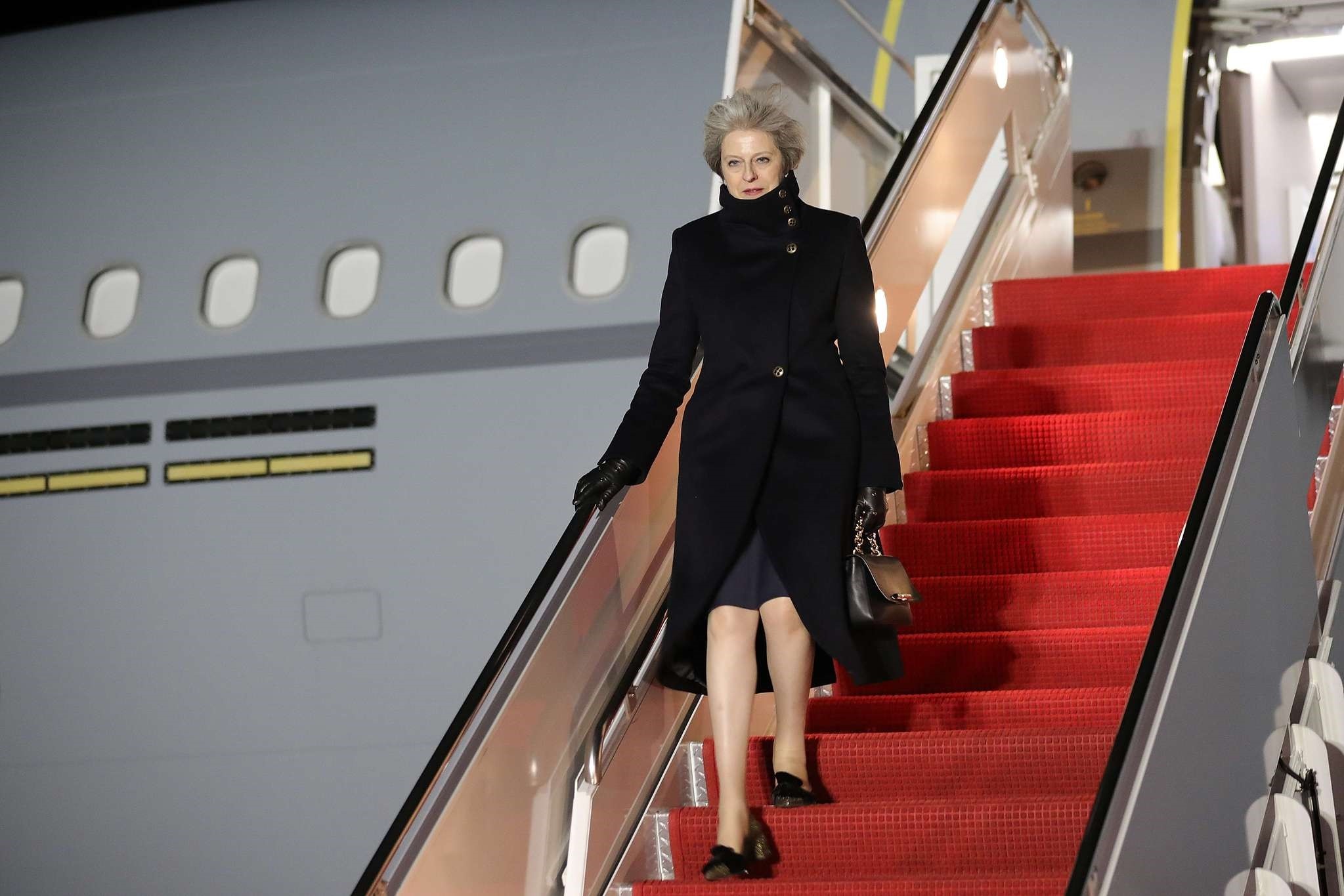 Having departed the U.S. following her meeting with U.S. President Trump, British PM May will meet with PM Yıldırım today in Ankara to discuss ties. The visit reflects Turkey's position as an indispensable partner for the U.K. in trade, security and defense

With British Prime Minister Theresa May set to arrive in Ankara today to meet her Turkish counterpart, Binali Yıldırım, in Çankaya Palace, experts highlighted the importance of her visit, especially right after her trip to the U.S. Commenting on the visit, diplomatic sources in Ankara stated, "Prime Minister May's visit will reflect the fact that Turkey is an indispensable partner and a close ally for the U.K. on many issues of global importance, including trade, security and defense."

Even though the U.K. government under May is preparing to leave the European Union, its prime minister has repeatedly said that she wanted her country to be "truly global" and started talks on possible trade deals with several countries, including Turkey.

Turkish Prime Ministerial sources Friday said that the bilateral meeting will address all aspects of Turkey-U.K. relations, including regional matters.

This will also be May's first to visit Turkey as prime minister, and what makes it even more critical is that it is taking place, immediately after her meeting with U.S. President Donald Trump in Washington.

According to U.K. media reports, the British prime minister will also meet President Recep Tayyip Erdoğan during her one-day visit. A spokesperson from the British Prime Ministry talking to the BBC on Tuesday said: "We have been clear in our support for Turkey's democracy and institutions since the coup last summer. The prime minister will take this opportunity to reiterate our support for that." Commenting on the visit, prominent London-based Turkish-British researcher Ziya Meral told Daily Sabah: "Prime Minister May's visit to Turkey, especially right after her visit to the U.S., demonstrates the importance the current British government puts on its relations with Turkey. In many ways, the visit is an accumulation of dozens of official-level visits from the U.K. to Turkey since the July 15 coup attempt."

Pointing to state-level visits between the UK and Turkey after the July 15 failed coup attempt, including the British foreign minister, defense officials and business delegations, Meral said, "This is because the U.K. and Turkey have substantial similarities in their foreign policies, desires to negotiate new relations with the EU and commitment to increase trade opportunities."

Pointing out that enhancing bilateral relations was not one-sided, Meral also touched upon the number of visits made by Turkish officials to London since the coup attempt.

"The U.K. is seen as one of Turkey's closest allies in Europe and important for the country's economy as well as one of its influential partners to work in global affairs," Meral said.

Also commenting on U.K. Minister Johnson's statements about Assad's position in Syria, Meral said such comments would not hurt Turkish-British relations, as he noted, "Similarly to the U.K., Turkey believes in a transitional government and stabilization while protecting Syria's territorial integrity."

Meanwhile, Turkish Prime Ministerial sources provided some brief insight on what might be on the agenda at today's bilateral meeting, as they stated issues like "deepening and revising further cooperation, cooperation in counterterrorism, resolution process in Cyprus matter and matters related to the EU along with discussions on regional matters."

On that note, Enes Bayraklı, an academic and foreign affairs expert also analyzed Turkey-U.K. relations and told Daily Sabah, "Pledges throughout the Brexit campaign were mainly populist statements; thus, this notion actually is not shared by the public."

In regards to U.K. Foreign Minister Boris Johnson's remarks yesterday when he hinted a shift in British policy on Syria, saying that the Assad regime could be allowed to run for re-election and mentioning a possible "arrangement" with regime ally Russia, Bayraklı said that such remarks would not hurt bilateral relations between Turkey and the U.K.

He emphasized that "some policies between the two countries on Syria and Iraq are in line with each other," especially considering Turkey's slightly changing position over recent months.