'Islamist terrorism' shouldn't be used in any context, Erdoğan says 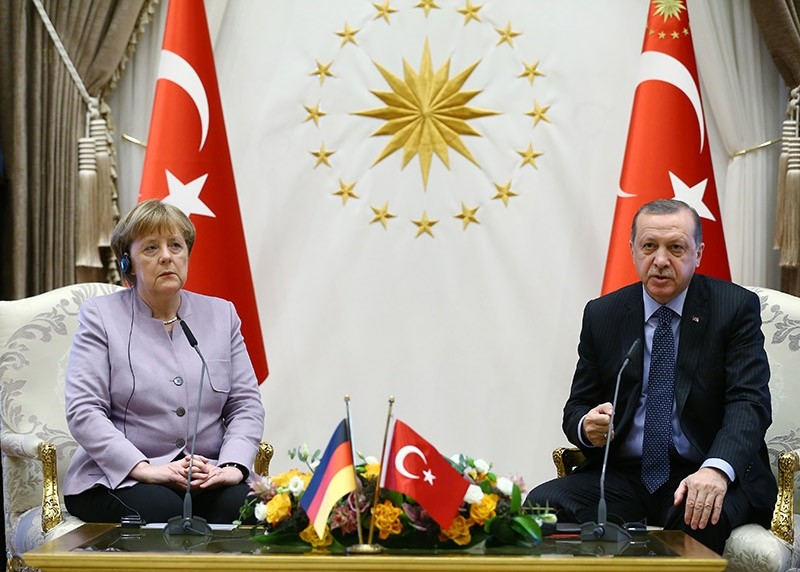 The term 'Islamist terrorism' should not be used in any context, President Recep Tayyip Erdoğan told German Chancellor Angela Merkel on Thursday.

Speaking at a joint press conference in Ankara, Erdoğan expressed concern over the use of term 'Islamist terrorism,' saying that it is not ethical to mention the two terms side by side, as Islam is a religion that promotes peace.

"The literal meaning of the word Islam is peace" Erdoğan said, and added that the interchangeable use of terrorism with Islam, as a result of Daesh terrorists worries billions of Muslims worldwide.

Erdoğan also said he discussed cooperation in the fight against terrorism, the refugee crisis and possible mutual steps in Syria with Merkel.

"As two NATO members, Germany's support for us in fighting terrorism is important" the president said, and urged Germany to cooperate with Turkey in terms of extraditing terrorists from the PKK, Gülenist Terror Group (FETÖ) and others.

Meanwhile, Merkel told journalists in the Turkish capital Ankara that the leaders had discussed their common interests in fighting terrorism and pledged her support to Erdoğan in finding the perpetrators of the FETÖ-led July 15 failed coup attempt.