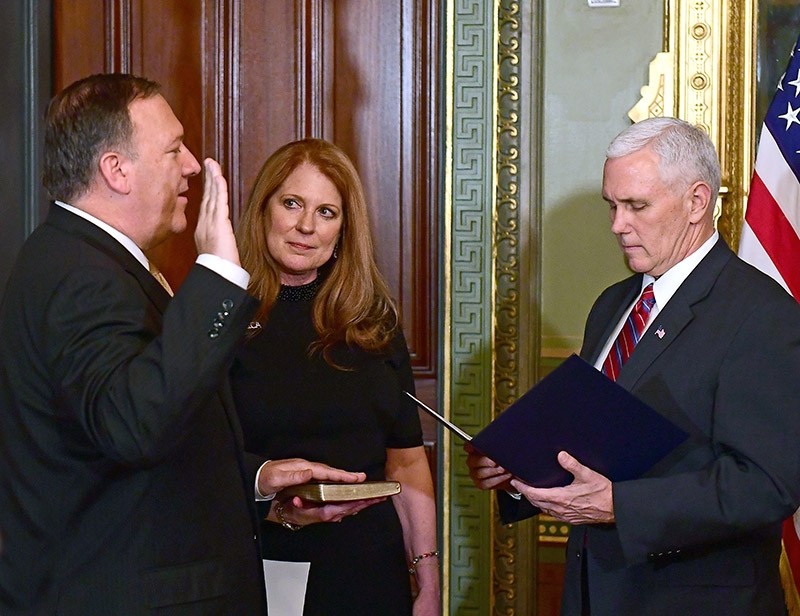 CIA Director Mike Pompeo is in Ankara today for his first overseas visit after his appointment by U.S. President Donald Trump.

The U.S. Senate confirmed Representative Mike Pompeo as President Donald Trump's CIA director on Jan. 23, after a delay tied to some lawmakers' worries he might expand surveillance or allow the use of certain interrogation techniques widely considered to be torture.

Sixty-six senators backed Pompeo and 32 voted against him. All opposition came from the Democrats, except for Senator Rand Paul, a leading Republican advocate for strict control of surveillance. Shortly afterward, Pompeo was sworn in by Vice President Mike Pence.

The PKK's Syrian affiliates the Democratic Union Party (PYD) and the People's Protection Units (YPG), and the Gülenist Terror Group (FETÖ) are expected to be the main discussion topics during Pompeo's visit to Turkey.

In a statement, the White House announced that the Erdoğan-Trump conversation had been productive.

Turkey's relations with the U.S. became strained under the Obama administration, with Ankara frequently expressing frustrations over the U.S.'s reluctance to extradite the leader of FETÖ, and Washington's support of the Syrian Democratic Forces (SDF), which is predominantly led by the PKK terror organization's Syrian offshoot, the PYD.