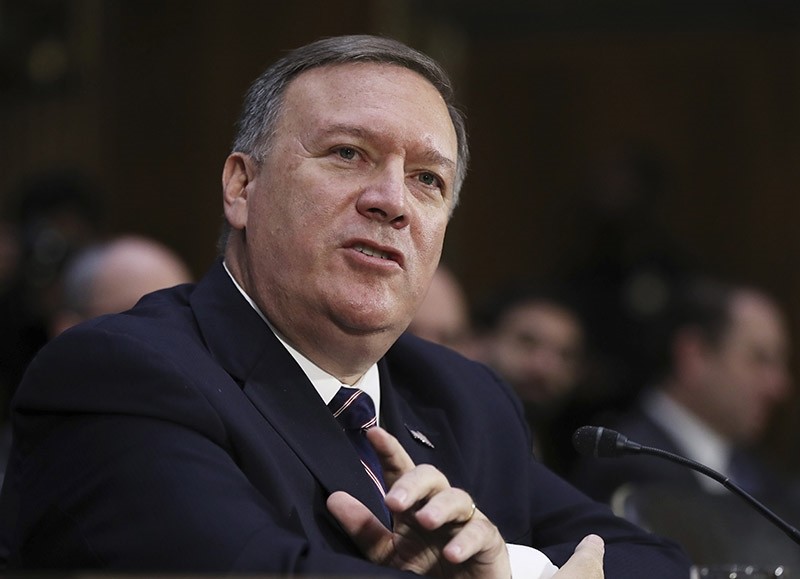 During the meeting, Yıldırım emphasized the importance of cooperation with the new U.S. administration, the statement elaborated.

Prime Minister Yıldırım and the CIA Director also agreed to establish close relations in the war against terrorism as well as on issues of organized crimes and intelligence regarding bilateral and regional issues.

Yıldırım also stressed Turkey's attitude towards the fight against the Gülenist Terror Group (FETÖ) and requested Gülen's extradition, while also demanding cooperation with U.S. authorities to fight against FETÖ within the United States.

Pompeo stated that U.S. attached importance to dialogue with Turkey and also offered his condolences for the three Turkish soldiers killed in Syria's al-Bab on Thursday, who were mistakenly targeted by Russian fighter jets, the statement added.

The newly appointed CIA Director paid his first overseas visit to Turkey, after he took office in January.

Pompeo and his delegation met with his Turkish counterpart Hakan Fidan and Turkish military officials on Thursday before being received by President Recep Tayyip Erdoğan.