Erdoğan, King of Bahrain pledge to work together for regional stability 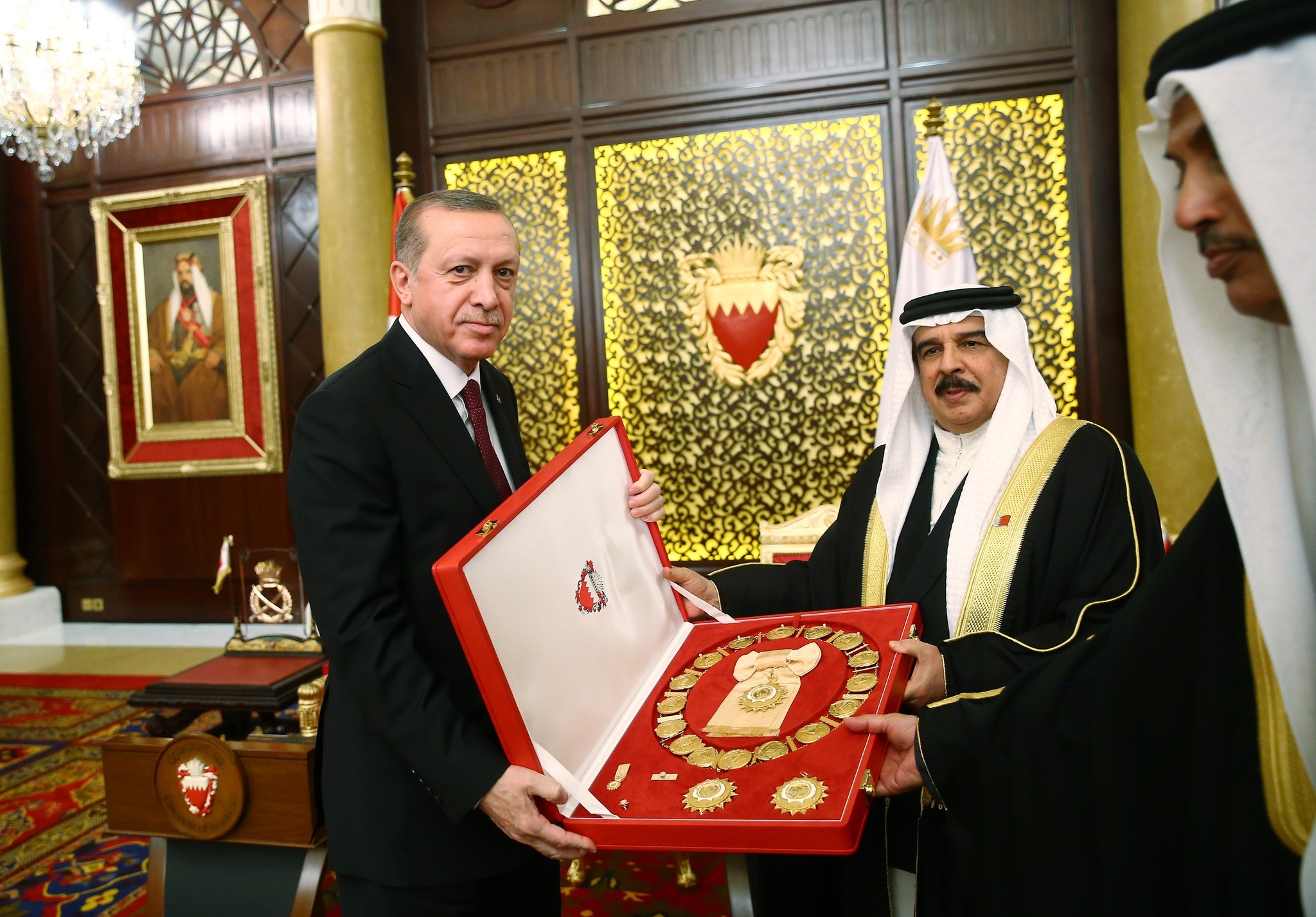 President Recep Tayyip Erdoğan expressed his wish for Turkey and Bahrain to work together for the "stability, peace, and future of the region."

His remarks came in Bahrain's capital Manama - the first leg of his four-day, three-nation Gulf tour.

"I receive this medal as a sign of the brotherhood between Turkey and Bahrain peoples," Erdoğan said conveying his thanks to the King.

President Erdoğan and Bahrain's King held a tete-a-tete meeting in addition to committee meetings in which the two countries signed memoranda of understanding in the fields of education, economy, energy, and defense.

Erdoğan's official visit to Bahrain is part of Turkey's drive to forge economic ties across the Gulf countries including Bahrain, Saudi Arabia and Qatar.