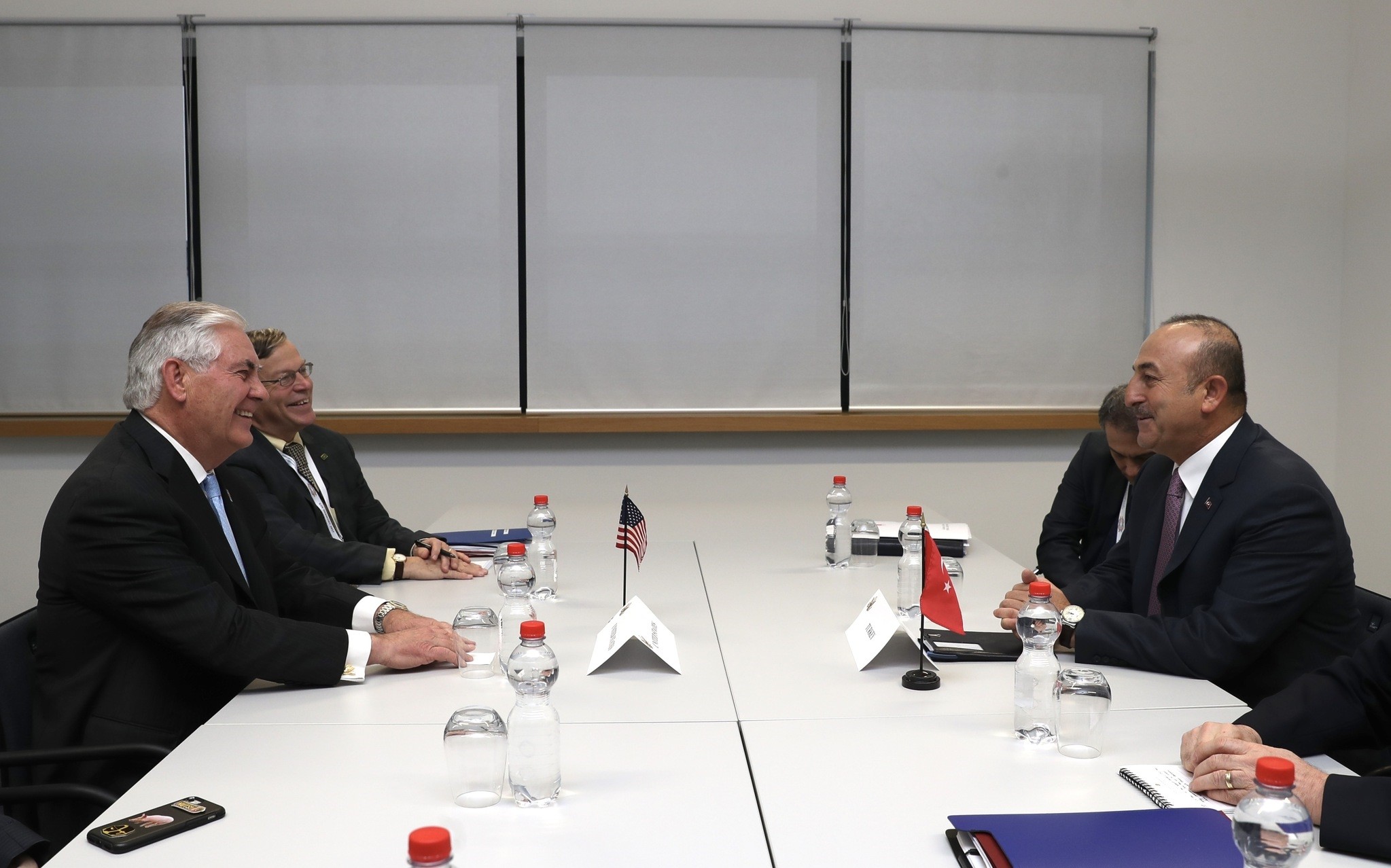 Foreign Minister Mevlüt Çavuşoğlu and the U.S. Secretary of State Rex Tillerson met for the first time on Thursday in Bonn, Germany to discuss several issues concerning both countries.

The top diplomats met on the sidelines of the G20 Foreign Ministers Meeting and discussed the bilateral relations between the U.S. and Turkey, the ongoing Cyprus talks, the PYD/YPG's activities in Syria as well as the Gülenist terror group (FETÖ).

As Turkey looks to open a fresh chapter with the new administration in Washington, the first disagreement Ankara wants to resolve with Washington is the U.S.'s support for the Syrian Democratic Forces (SDF), which is predominantly led by the PKK terror organization's Syrian offshoot the PYD/YPG.

"The new [U.S] administration is aware of the mistakes of the previous administration. We will continue to work together to find ways to correct those mistakes and to develop more powerful strategies," Çavuşoğlu told reporters after his meeting with Tillerson.

Tillerson too, has expressed similar thoughts, emphasizing that the U.S. needs to reassess its relations with Turkey. During his confirmation hearing in front of the Senate Foreign Relations Committee on Jan. 11, the secretary had said that the U.S. should particularly review the issues related to Syria and the Middle East.

Another issue that was raised during the meeting was the extradition of Fethullah Gülen, the leader of FETÖ -- the group responsible for last July's defeated coup in Turkey--.

Ankara has repeatedly voiced a willingness to start with a clean slate, and has expressed hope that the Trump administration will not repeat the mistakes made by Obama in regards to U.S.-Turkey relations, and expects Washington to extradite Gülen who has been residing in the U.S. since 1999.

Issues such as Washington's reluctance to extradite Gülen and its support for the terrorist PKK/PYD group in northern Syria "have had a deep impact on our relations, and negatively influenced the feeling of Turkish people towards the United States," Çavuşoğlu said.

"This has increased anti-Americanism. We have to address these problems," the minister added.

Despite these differences, Çavuşoğlu said that he and Tillerson "had a very fruitful meeting, in a constructive atmosphere."

He also underlined that high-level meetings between Donald Trump's administration and the Turkish government would continue this weekend, with Prime Minister Binali Yıldırım's planned meeting with U.S. Vice President Mike Pence on the margins of the Munich Security Conference.

Recalling that Trump and President Recep Tayyip Erdoğan recently held a telephone conversation, Çavuşoğlu added that talks are currently underway to organize a meeting of the two leaders in the near future.