Germany needs to be tried for 'sheltering PKK terrorist and agent': Erdoğan 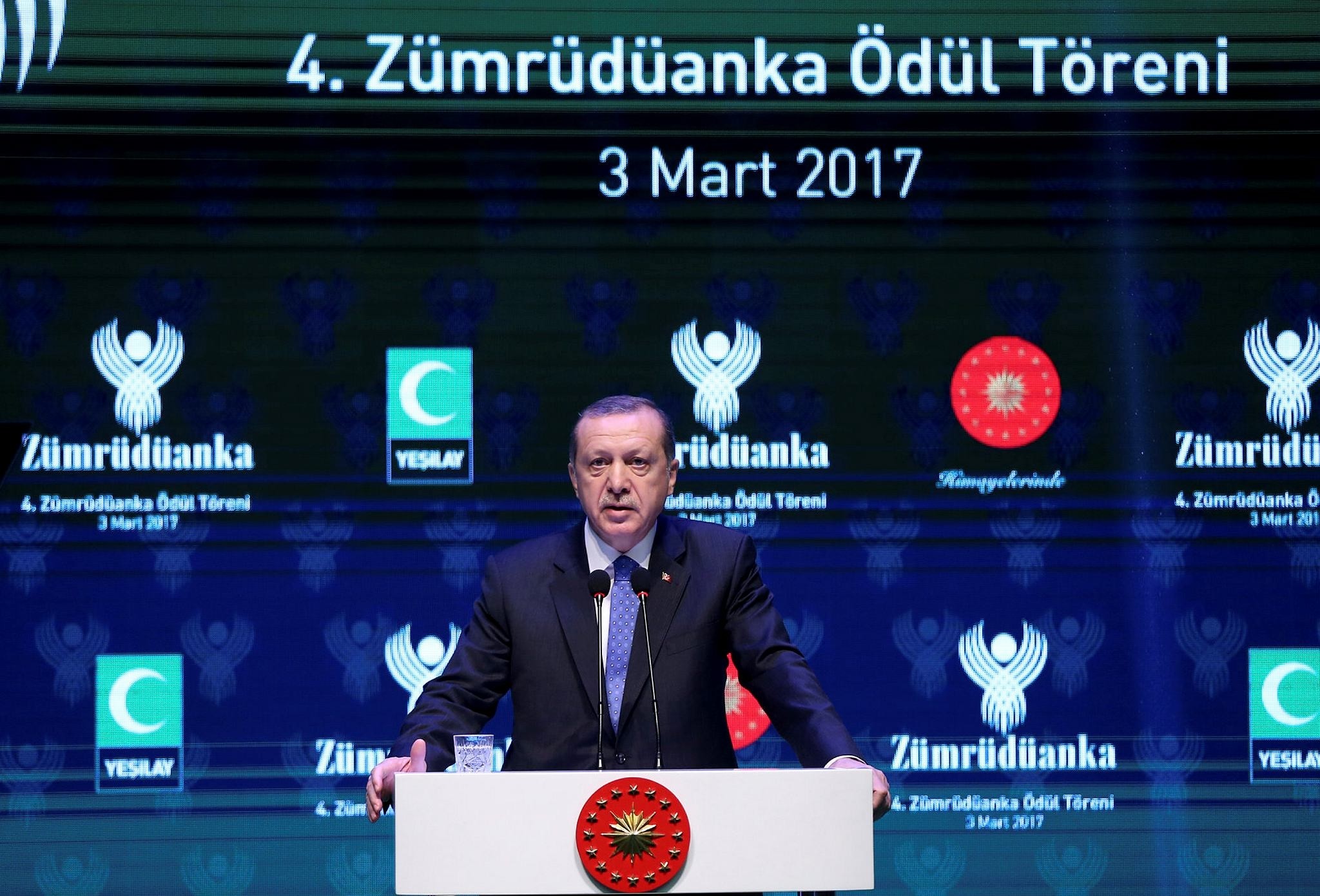 President Recep Tayyip Erdoğan on Friday accused Germany of "aiding and abetting terror" and said the country provided shelter for a suspect who had been sought by Turkey on terror-related charges and spying activities.

Speaking at the 4th Phoenix Awards ceremony, held by Yeşilay (the Turkish Green Crescent Society), Erdoğan said "They [Germany] need to be put on trial for aiding and harboring terror."

"This person, as a representative of the PKK, as a German agent, was hidden for a month in the German consulate. When we told them to hand him over to be tried, they refused," Erdoğan said.

The president also criticized German authorities for allowing PKK terrorists to speak in the country but choosing to block rallies where Turkish ministers sought to address the Turkish community.

Yücel's name first came up last December in an investigation by the Chief Prosecutor's Office in Istanbul. All suspects in the case were linked to RedHack and were accused of disseminating propaganda for the hackers' community, which is designated as a terrorist group in Turkey. Five suspects were detained in the case while Yücel, who lives in Germany, eluded detention.

Ankara has long criticized Germany for being a safe haven for the PKK's recruitment, propaganda and funding activities.

Although the PKK is banned in Germany, which is home to a large Kurdish community, the terrorist group has been carrying out significant activities throughvarious cultural associations. According to the BfV's annual report released in June, the PKK raised more than 13 million euros ($14.3 million) in Germany last year. The group, which is listed as a terrorist organization by the EU and U.S., is responsible for the deaths of more than 44,000 people in a decades-long campaign against Turkey, and it has recently intensified its terrorist attacks.

Furthermore, Ankara also asked German authorities to take steps against FETÖ members residing in Germany. President Erdoğan criticized the German authorities during German Chancellor Angela Merkel's recent visit to Turkey for their lack of a speedy process in the extradition of the FETÖ members being sought by Turkey. "We've sent the U.S. 85 boxes of evidence, and we are still waiting for a legal decision," Erdoğan said, continuing his criticism of the U.S., where FETÖ leader Fetullah Gülen has been residing since 1999. He also called on the German authorities to speed up their legal processes, as justice delayed is justice not served.