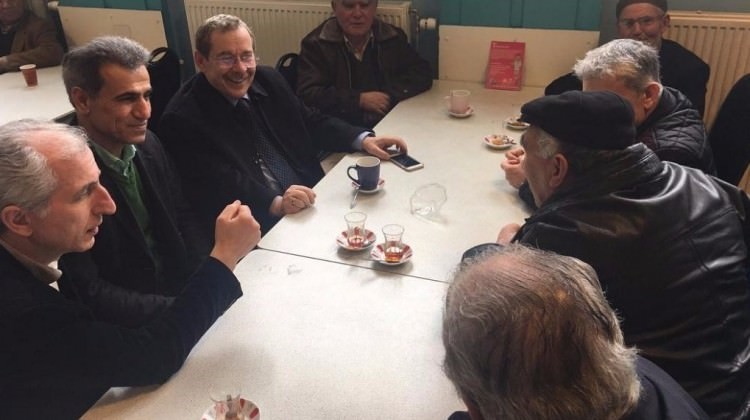 The Dutch authorities have allowed Turkish politicians to promote "No" vote in next month's referendum on constitutional changes while banning Turkish foreign minister's rally in Rotterdam next week for the "Yes" campaign.

Despite the ban on Turkish government officials' visits into the country, several members of the main opposition Republican People's Party (CHP) and the ousted then-deputy prime minister, Abdullatif Şener, who later become a dissident of the ruling Justice and Development Party (AK Party), have been promoting "No" vote in Rotterdam on Sunday without experiencing any obstacles.

Speaking to Dutch reporters in Rotterdam, Şener criticized the decision to ban Turkish rallies, saying each side should be able to campaign and the rights provided to them should be equal.

Turkish rallies have come under scrutiny in the Netherlands where Dutch Prime Minister Mark Rutte said a planned rally in Rotterdam on March 11 would be "undesirable".

The move was followed by Germany's ban on several rallies by Turkish ministers ahead of the referendum.

"We clearly know that you have harbored bloody terrorists who have fled from Turkey in European countries for many years," he said.

Turkey's opposition parties criticized Germany after a local authority revoked permission for a meeting where Ankara's justice minister was scheduled to address members of the Turkish community.

Among Germany's 3 million-strong Turkish community, nearly 1.5 million of them are eligible to vote. Around a half million Turkish nationals also live in Netherlands, mostly concentrated in Rotterdam. They will cast their votes at Turkish consulates between March 27 and April 9.