German politicians should be put on trial for aiding and abetting terrorists, Erdoğan says 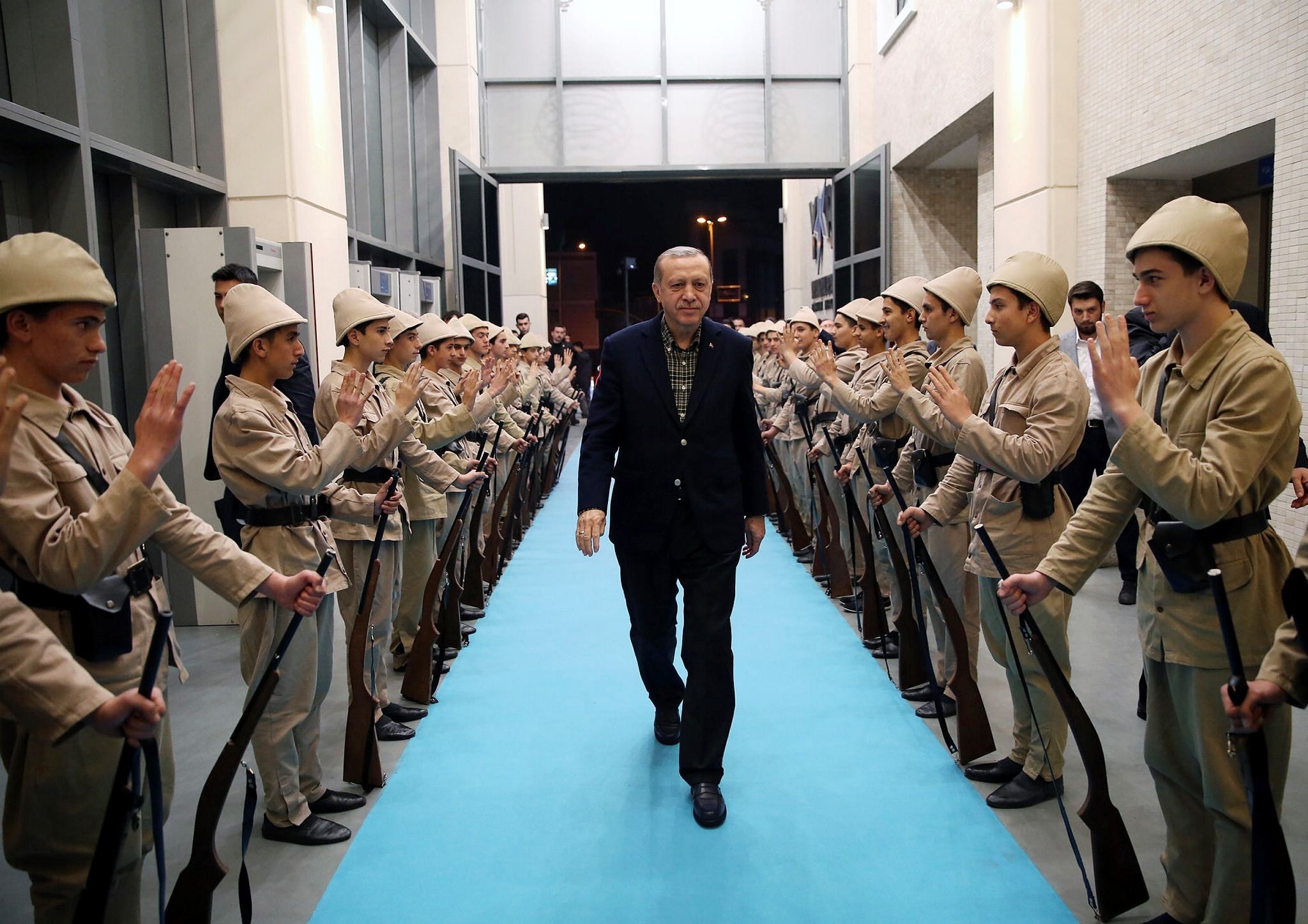 President Recep Tayyip Erdoğan said late Sunday that German officials and politicians should be put on trial for aiding and abetting terrorists.

Speaking during an event in Yahya Kemal Beyatlı Cultural Center in Istanbul's Küçükçekmece, Erdoğan said: "They hosted a terrorist sentenced to five years and ten months in their presidential palace. Is this what you understanding from democracy?" the President asked, referring to Can Dündar, a journalist convicted of exposing state secrets during the MİT (National Intelligence Organization) trucks case.

In January 2014, several trucks were stopped by the local gendarmerie in southern Adana and Hatay provinces on the grounds that they were loaded with ammunition, despite a national security law forbidding such a search.

Turkey's Interior Ministry said at the time that the trucks were conveying humanitarian aid to the Turkmen community in the war-torn country.

In addition to the humanitarian aid, the trucks were also carrying ammunition in northern Syria. President Erdoğan repeatedly stated that the ammunition were going to Bayırbucak Turkmen community in order to strengthen their defense against Assad regime attacks.

Erdoğan also accused Germany earlier on the same day of practices reminiscent of the Nazi era after the country barred Turkish ministers and government officials from attending rallies gathering Turkish community, organized as part of the campaign of constitutional reform referendum scheduled on April 16.

Since the beginning of 2017, Germany adopted a harsher stance in its Turkey policy, which has been decried on several occasions by Turkish officials and political leaders who also warned German authorities that their decisions may have a dramatic impact on bilateral ties.

Earlier this year, Germany accused Turkish imams serving in Germany of espionage, hosted events and rallies organized by the PKK, an armed group that both Ankara and Berlin consider a terrorist organization, and alienated Turkish officials, when Chancellor Angela Merkel used the phrase "Islamist terrorism" during a press conference with Erdoğan in attendance on February 2.