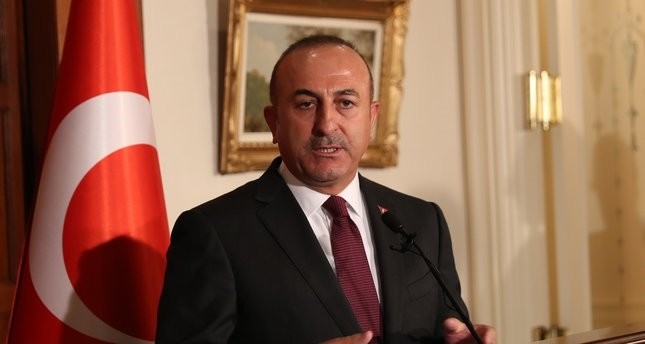 The fourth public appearance by Turkish ministers to campaign ahead of the April 16 referendum was canceled by a German local authority on Monday. Later in the evening, the Turkish Foreign Ministry said that the venue for Çavuşoğlu's Hamburg rally in Plaza Event Center would be relocated to a different location that would be announced later.

A municipal spokeswoman in Hamburg said the center where Çavuşoğlu was due to speak had been closed because it lacks a fire detection system.

Police in the city of Hamburg had said the venue where Foreign Minister Mevlüt Çavuşoğlu had planned to speak Tuesday could not be used "after serious fire safety deficiencies were identified and the use of the property was immediately prohibited".

Previously on Friday, Cologne authorities withdrew permission for a hall to be used for a speech by Economy Minister Nihat Zeybekci in Frechen on the outskirts of the city.

Bozdağ strongly condemned the decision, calling the decision a purely fascist practice. Despite strong reactions from Turkish politicians, Gaggenau Mayor Michael Pfeiffer said the decision was not a political one.

In the wake of the incident, the Turkish Foreign Ministry summoned the German Ambassador to Ankara Martin Erdmann and he was received by the deputy secretary responsible for European affairs Mehmet Kemal Bozay. Turkey's written démarche was also delivered to Erdmann.

Meanwhile, Economy Minister Nihat Zeybekci delivered a speech in the German city of Cologne where he reiterated that there are millions of Turkish citizens living in Germany and Turkish authorities have the right to conduct rallies regarding the upcoming referendum: "We extend our right to meet with our [fellow] Turkish citizens. Every country which hosts Turkish nationals has an obligation to provide this right," he said.