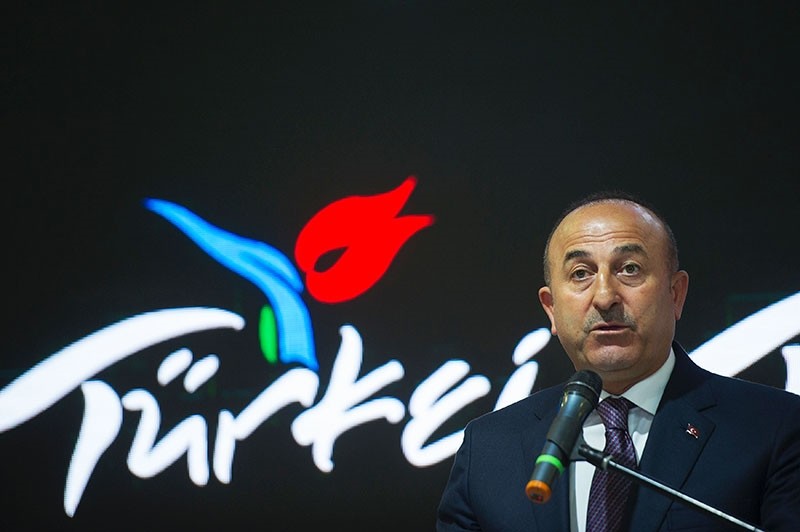 The Netherlands has revoked the landing permission in the country for the plane carrying Turkey's Foreign Minister Mevlüt Çavuşoğlu on Saturday.

The foreign minister was scheduled to address the Turkish community in the Dutch city of Rotterdam on Saturday despite recent steps banning Turkey's ministers and politicians from holding public rallies.

Earlier on the same day, Minister Çavuşoğlu said in an interview that Turkey will impose severe sanctions on the Netherlands if his flight is not given permission.

"Where is the harm in my visiting the country?" he asked, adding he could travel anywhere as a foreign minister.

"If tensions will increase [between the two countries] because of my visit, then let it increase," he said.

Beside, Geert Wilders, the leader of the Dutch anti-Islam Party for Freedom (PVV) held a short demonstration in front of the Turkish Embassy at the Hague on March 7.

The foreign minister also said he could visit the Netherlands following Turkey's April 16 constitutional referendum if his Dutch counterpart Bert Koenders "invites properly," while also adding, "We will never give into pressure. If he said, 'This [rally] is impossible no matter what,' I will go there this Saturday."

The Netherlands is not the first country to impose such a ban.

Ties between Ankara and Berlin became strained in recent months after a ban on rallies in Germany drew strong criticism from the Turkish government and opposition parties alike.

The minister also confirmed President Recep Tayyip Erdoğan is considering a visit to Germany, but said that the date and place has not yet been decided.