Timeline of bans on Turkish rallies in Europe 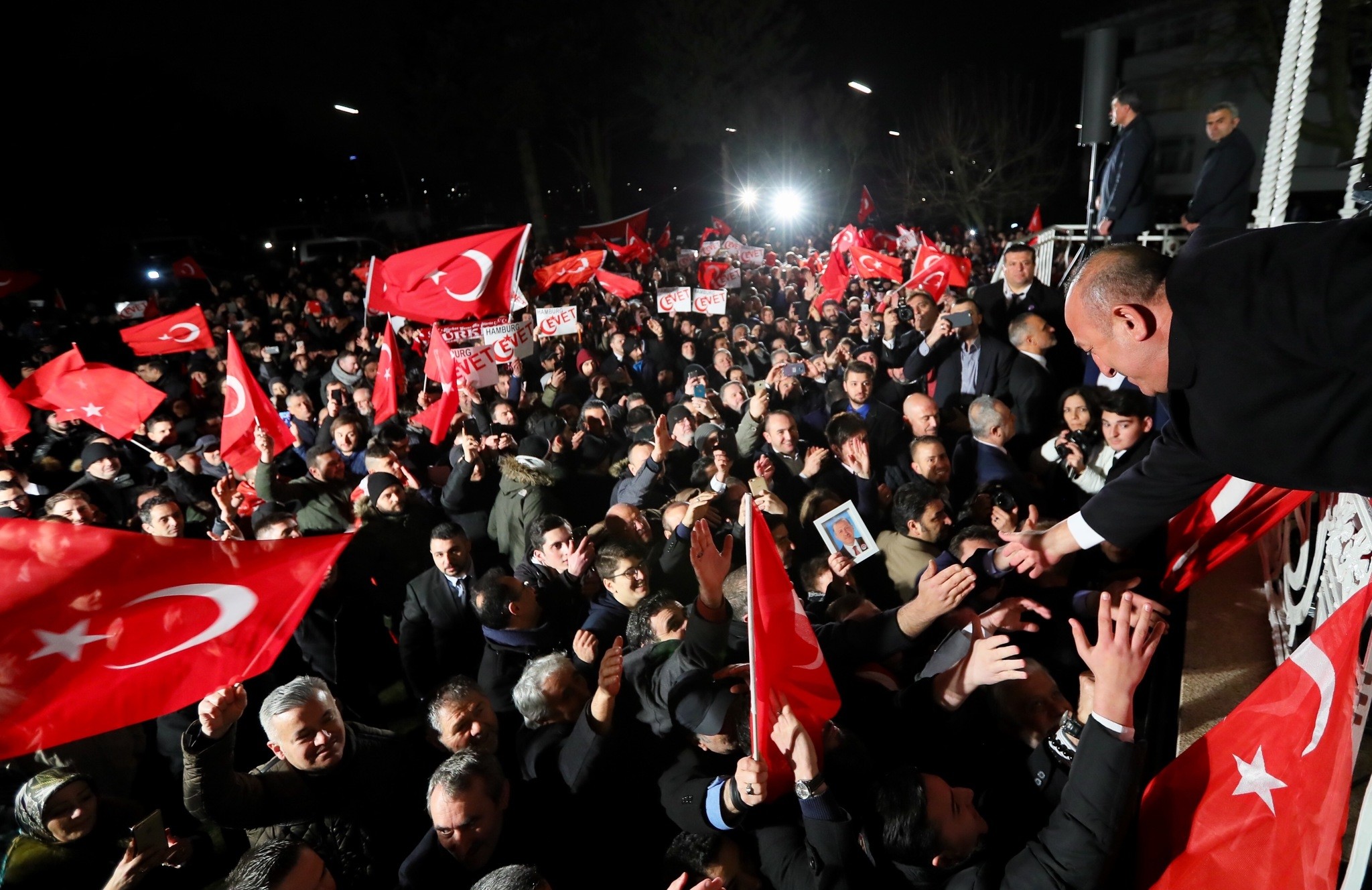 Some European countries are taking decisions that have nothing to do with the freedom of thought or expression as Turkey prepares for the upcoming referendum in April.

The Netherlands, Austria and Germany are some of the Western countries that have canceled meetings of some Turkish ministers and politicians, which they planned as part of their 'Yes' campaigns ahead of the referendum.

This attitude of western European countries contradicts its own principles of democracy and freedom of expression.

While Austria offered to impose a Europe-wide ban on 'Yes' campaigners, the Turkish opposition which backs the 'No' vote was able to carry out rallies in Europe without any hindrances. The situation shows that some European countries and governments are publicly supporting the 'No' vote in the referendum that is set to change the Turkish constitution and its system of governance.

Here's the timeline of the bans on Turkish officials' meetings imposed by European authorities:

March 6-7, 2017
German authorities also cancelled the rallies of former energy minister Taner Yıldız on March 6 and March 7 in Grosskrotzenburg and Nurnberg, respectively, but he was eventually able to address the Turkish community in Frankfurt's Kelsterbach district.

Tuesday, March 7, 2017
One of the most remarkable cancellations was the speech of Foreign Minister Mevlüt Çavuşoğlu in Hamburg on March 7. The first venue was cancelled and two wedding saloons also declined to host the meeting. Despite these cancellations, Çavuşoğlu went to Germany and addressed the Turkish community at Turkey's consulate-general in Hamburg.

Saturday, March 11, 2017
Organizers were forced to change the date of Family and Social Affairs Minister Fatma Betül Sayan Kaya's meeting due to the restrictions from the Essen municipality.

Sunday, March 5, 2017
Dutch politicians asked Foreign Minister Çavuşoğlu not to visit the Netherlands during Turkey's referendum campaign as it could be politically wielded by far-right leader Wilders for "boosting his votes."

Saturday, March 11, 2017
Foreign Minister Çavuşoğlu's rally in Hoogvliet -- a borough of Rottterdam – was stopped after the Netherlands announced it was canceling Çavuşoğlu's flight permit on the grounds of "security risks" and "public safety".

Last week, Çavuşoğlu's planned rally in Rotterdam was barred by Dutch officials and Geert Wilders, the leader of the Dutch, anti-Islam Party for Freedom (PVV), who held a protest in front of the Turkish Embassy at the Hague on March 7.

Friday, March 10, 2017
Austrian authorities on Friday disallowed former Energy Minister Taner Yıldız from speaking at a book introduction program in the city of Vorarlberg. Municipal authorities expressed concern that political speeches would be made at the event.