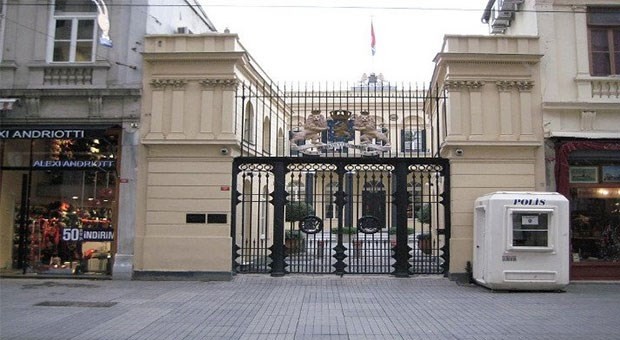 The Turkish Foreign ministry has asked the Dutch ambassador to Turkey to extend his leave and not return to his position 'for some time', amid a heated row over rally bans.

"We do not want the Dutch ambassador, currently on leave, to return to his post for some time. It has been explained to our counterparts that this grave decision taken against Turkey and the Dutch Turkish community will cause serious problems diplomatically, politically, economically and in other areas," the ministry said in a statement released Saturday.

In the statement the ministry also said that the Dutch government's treatment to Turkish officials was "hostile" and "a first in 405 years of relations."

Meanwhile, the Dutch embassy in Ankara and the consulate building in Istanbul was sealed off by Turkish police due to security concerns. Turkish officials said that the residences of Dutch Consul-General and Charge d'affaires were also closed off.

Tensions between the two NATO partners escalated after the Dutch government barred Foreign Minister Çavuşoğlu's plane from landing in Rotterdam.