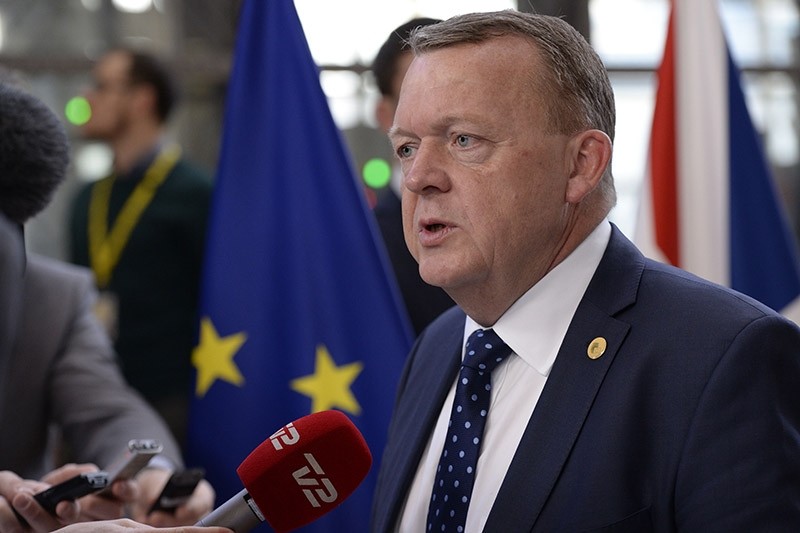 Denmark's Prime minister Lars Lokke Rasmussen speaks to the press before attending the EU summit at the new ,Europa, building in Brussels on March 10, 2017. (AFP Photo)
by Daily Sabah with Reuters Mar 12, 2017 12:00 am

Denmark's Prime Minister Lars Lokke Rasmussen proposed on Sunday postponing a planned visit by Turkey's Prime Minister Binali Yıldırım this month due to the diplomatic row between Turkey and the Netherlands.

"With the current Turkish attacks on Holland the meeting cannot be seen separated from that. I have therefore proposed to my Turkish colleague that the meeting will be postponed," Rasmussen said in a press release.

Yıldırım was scheduled to speak in Denmark on March 20.

Rasmussen added that they would be happy from Yıldırım's visit in normal conditions.

Relations between and Turkey and the Netherlands were strained due to the bans imposed to Turkish ministers from holding meetings in Rotterdam.