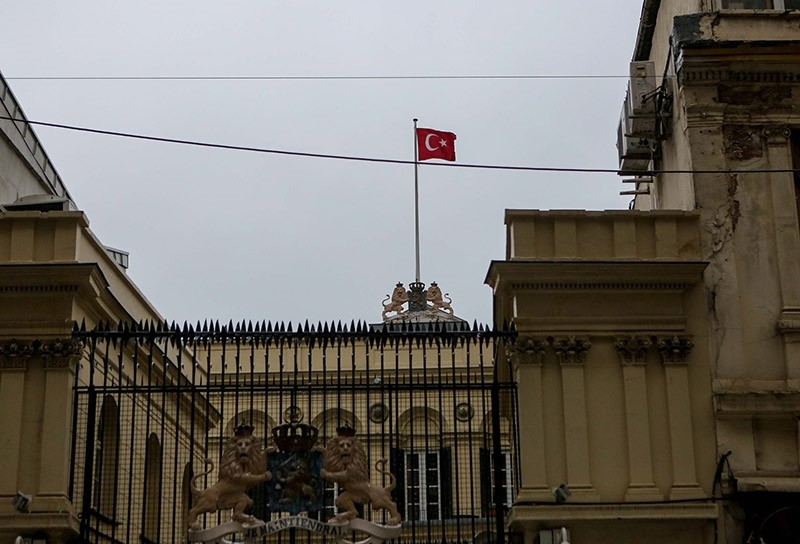 Turkish officials denied Sunday reports of a man climbing on top of the Consulate General of Netherlands in Istanbul and changing the Dutch flag with a Turkish flag to protest the treatment of Turkish ministers on late Saturday in Rotterdam.

Sources from the Turkish Presidency stated that the replacement of the flag was done by the initiative of the consulate staff and without any intervention outside of the embassy.

It is impossible for anyone to break into the consulate general and replace the flag, sources said.

The flag at the consulate general was replaced with the Dutch flag nearly 30 minutes later.

Police took heavy security measures near Dutch diplomatic representations throughout Turkey amid an escalating diplomatic row with the Netherlands over the ban on Turkish ministers from meeting Turkish citizens in Rotterdam.

Following the ban on Foreign Minister Mevlüt Çavuşoğlu's plane from landing on Saturday, Dutch authorities prevented Family Minister Fatma Betül Sayan Kaya from entering the Consulate General of Turkey in Rotterdam, while forcefully dispersing Turks who arrived at the scene to meet with the minister.