Dutch veteran of Turkish origin attacked by police in Rotterdam 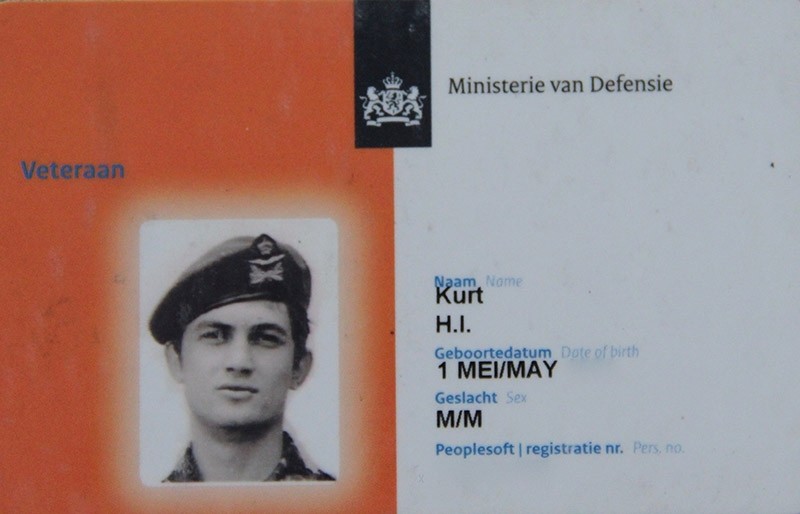 A veteran soldier of the Netherlands' military was among the Turks who were attacked near the Turkish Consulate General in Rotterdam during the protest against the scandalous ban on Turkish ministers who wanted to attend meetings in the country.

Retired soldier Halil Ibrahim Kurt was forcefully hit on the head during the strong intervention of the Dutch police using dogs and horses. Kurt is also the brother of Hüseyin Kurt, who was severely beaten by the police and bit by a police dog for seconds while officers watched.

Kurt said that the police blocked the entire area surrounding the consulate general and attacked the crowd all of a sudden. He said he was hit by batons several times while his brother collapsed to the ground amid a hard beating by the police.

Veteran soldier Kurt said that he collapsed and lost consciousness after a hard hit to the back of his head. "As I was passed out, I don't remember the rest. I woke up at the hospital," Kurt said.

Turkish Family Minister Fatma Betül Sayan Kaya was not allowed into the consulate general in Rotterdam late Saturday. She was forced to remain inside her vehicle for hours and was later deported to Germany. Earlier on Saturday, Dutch authorities banned the landing of Turkish Foreign Minister Mevlüt Çavuşoğlu's plane, who was scheduled to speak in a meeting in Rotterdam.

Kurt stated that he felt sorrier for Minister Kaya than for himself and his brother.

Veteran Kurt was among the Dutch personnel of Patriot air defense system unit which was deployed to Turkey's southeastern Diyarbakır province during the coalition's invasion of Iraq in 2003.