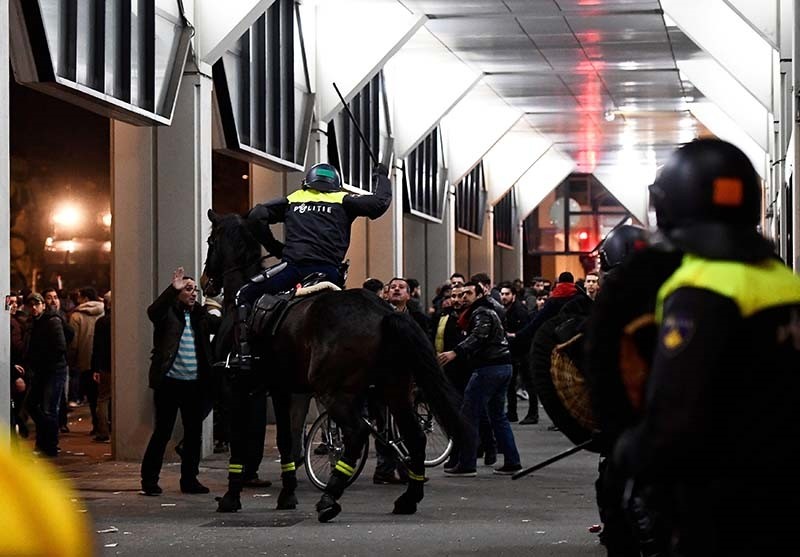 | Reuters Photo
by daily sabah Mar 14, 2017 12:00 am
The Foreign Ministry has criticized statements made by EU officials on the recent diplomatic row between Turkey and the Netherlands, saying that European authorities manipulate perception and selectively exercise democracy and human rights.

In a statement released Tuesday, the ministry slammed the High Representative of the European Union for Foreign Affairs and Security Policy Federica Mogherini and the Commissioner for European Neighborhood Policy & Enlargement Negotiations Johannes Hahn for "shortsighted" comments "attempting to unify different agendas to manipulate perception."

The statement said the EU must acknowledge that siding with countries that violate diplomatic agreements and the law give credit to xenophobia, as well as anti-Turkish and far-right sentiment.

"Our counterparts in the EU only selectively exercise democratic values, fundamental rights and freedoms," the Foreign Ministry said, adding that these "shortsighted" comments have no value to Turkey.

The Foreign Ministry statement noted that when the Dutch government canceled Foreign Minister Mevlüt Çavuşoğlu's flight permit to the Netherlands and then blocked a convoy carrying Family Minister Fatma Betül Sayan Kaya and forced her to leave the country under a police escort, it violated the Vienna Convention on Diplomatic Relations and the European Convention on Human Rights.

The statement added that it is "grave" for the EU to stand behind the Netherlands, which has violated basic human rights.
Last Update: Mar 14, 2017 2:57 pm
RELATED TOPICS