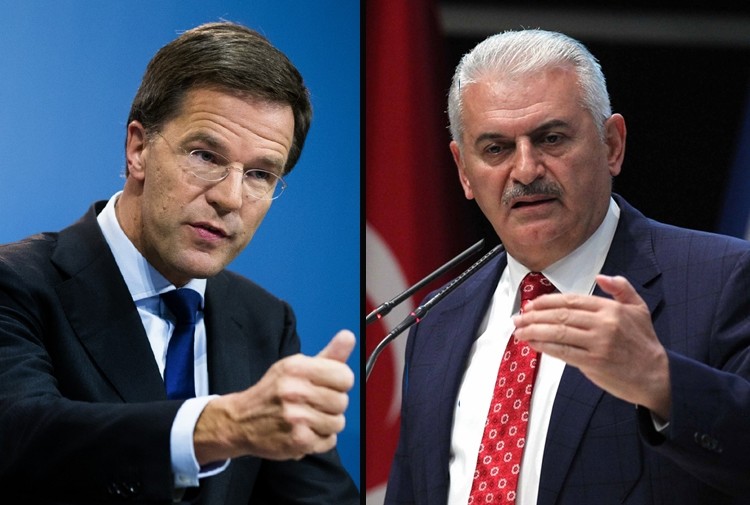 "During a phone call, Mr. Rutte has apologised for the detention of our consul general and chargé d'affaires," he said.

"Mr. Rutte said that the detentions were carried out by mistake," he added.

"He stated that the Dutch officials also did not desire to increase tensions to such an extent. He even offered to have a dinner together," Yıldırım concluded.

The ongoing row between Turkey and the Netherlands escalated into a diplomatic crisis after Dutch authorities blocked the family minister's convoy from entering the Turkish Consulate in Rotterdam on Saturday, following the Dutch government's decision to deny landing permission to the plane carrying Turkish Foreign Minister Mevlüt Çavuşoğlu earlier that day.