US urges Netherlands and Turkey to resolve dispute 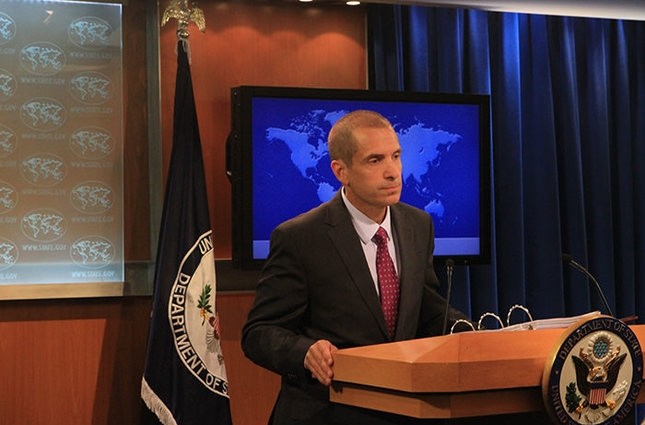 The U.S. on Tuesday called on Turkey and the Netherlands to resolve their ongoing diplomatic dispute, urging the "strong allies" to mend relations.

"Both countries are NATO allies, and we would call on them to avoid escalatory rhetoric and engage one another with mutual respect and try to resolve the differences in this matter," State Department spokesman Mark Toner told reporters.

On Saturday, the Dutch government first canceled the foreign minister's flight permit on Saturday and later blocked the Turkish family minister's convoy from entering the Turkish Consulate in Rotterdam.

Both ministers were due to meet with the Turkish community ahead of the April 16 referendum in Turkey on constitutional reforms. The incidents drew strong criticism from Ankara, including via diplomatic notes sent to the Netherlands in protest.

The UN said the Dutch government indicated that it took the decisions for security reasons and the issue should be dealt with by the concerned countries.

At the State Department, Toner added that Washington works closely with both countries and wants to see them cooperate.

"These are two strong allies, two strong partners within NATO," he said.