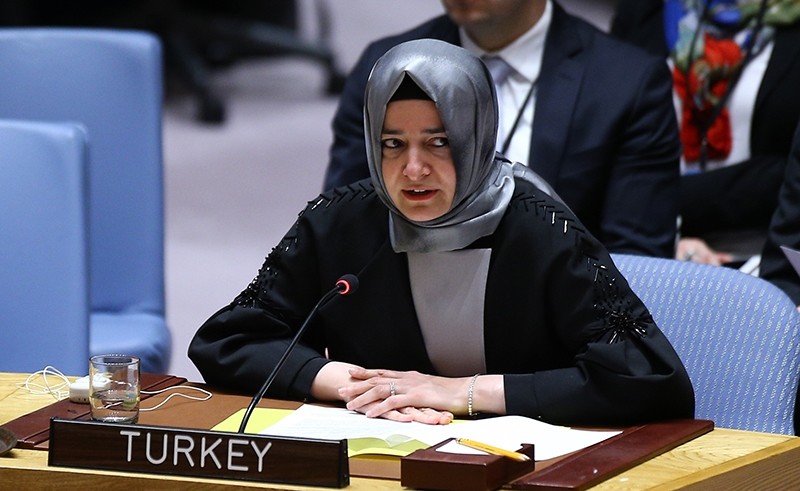 Turkey's Permanent Mission to the United Nations on Wednesday notified the global body, of what it said were violations of international law, committed by the Dutch government last weekend.

Amsterdam breached the Vienna Convention on consular and diplomatic relations in its conduct towards Turkey's Family Minister Fatma Betül Sayan Kaya and mission officials on Saturday, according to the diplomatic note, cited by the state-run Anadolu Agency.

The note, addressed to the U.N. secretary-general, said, diplomatic passports belonging to Minister Kaya and her team were seized by police officers, who intervened to stop a Turkish mission vehicle carrying the minister. The officers then kept her detained at a police station for 90 minutes, before forcibly driving Kaya to the German border.

Throughout the journey, she was prevented from making any contact with Turkish mission officials, while Turkish Consulate personnel were barred from leaving the building, the note added.

It also said that a Turkish charge d'affairs, a consul general, and two foreign service officers were detained and all their belongings seized.

"These actions are in contravention of diplomatic courtesy as well as the fundamental principles of international customary law," the Turkish mission wrote.

It requested that the note be added to a U.N. General Assembly report on protection of diplomatic missions and be distributed to all member states.

Addressing a U.N. session on Wednesday, Minister Kaya spoke of the "inhumane treatment" she endured from the Dutch government, earlier in the week.

"The Netherlands violated several European and U.N. conventions by restricting the freedom of speech and movement of a woman minister, who has diplomatic immunity," she said, adding that special operations officers, who surrounded her vehicle, were authorized to use deadly force and that Turkish citizens waiting to welcome her were attacked by police dogs.

"On behalf of my country and all women, I strongly condemn this biased, racist and xenophobic treatment," said Kaya, lashing out at the Dutch government.

"Locking up a lady in a car in a foreign country is like blocking Turkey's will," Bahçeli said, adding that the incident was unacceptable in every way.