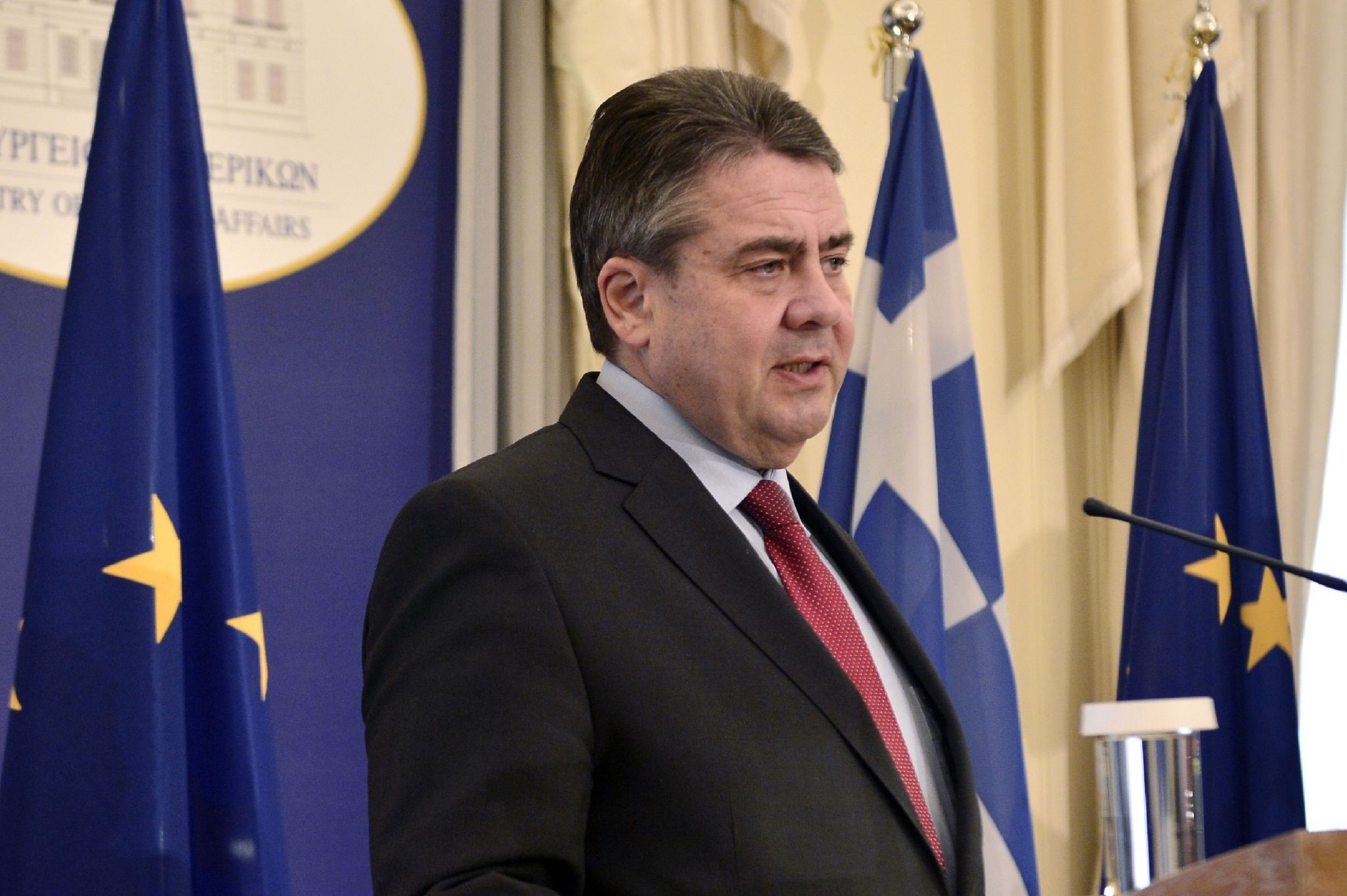 German Foreign Minister Sigmar Gabriel speaks during a press conference with his Greek counterpart in Athens, on March 23, 2017. (AFP PHOTO)
by Anadolu Agency
Mar 23, 2017 12:00 am

Europe should find a way to communicate effectively with Turkey, German Foreign Minister Sigmar Gabriel said in Athens on Thursday.

"Turkey is a member of NATO; it is located at the European border, so we need to find a way to be able to communicate and negotiate in a more effective way," Gabriel said, speaking to reporters after a meeting with his Greek counterpart, Nikos Kotzias.

"Turkey certainly isn't on the verge of joining [the EU], but in no case should we close communication channels, even though things are difficult," the German foreign minister said.

"We want a democratic and European Turkey, but the problem is not ours, it is Turkey's. It is Turkey that needs to decide if it wants a European path," he added.

Thursday marked the last day of Gabriel's two-day visit to Athens, during which he also met Prime Minister Alexis Tsipras.

The visit came a little over a year after the EU-Turkish migration deal was signed.

The March 2016 EU-Turkey statement envisaged a "one-for-one" formula under which failed asylum seekers in Europe would be returned to Turkey while Syrian refugees would be resettled in EU states under a quota system.