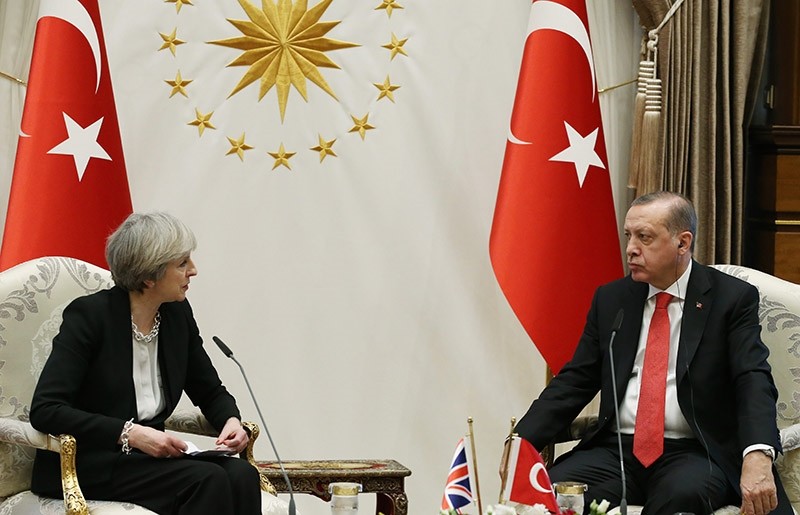 President Recep Tayyip Erdoğan called UK's Prime Minister Theresa May Thursday to express condolences over the London terror attack and stressed that the two countries are partners in the fight against terrorism.

Erdoğan said that the London attack targeting innocent people was also an attack to humanity and underlined that Turkey was in full solidarity with Britain.

The two leaders also agreed to cooperate regarding the fight against terrorism and security intelligence, presidential sources stated.

A knife-wielding man went on a deadly rampage in the heart of Britain's seat of power Wednesday, plowing a car into pedestrians on London's Westminster Bridge before stabbing a police officer to death inside the gates of Parliament.

Four people were killed, including the assailant, and 40 others were injured in the terror attack.