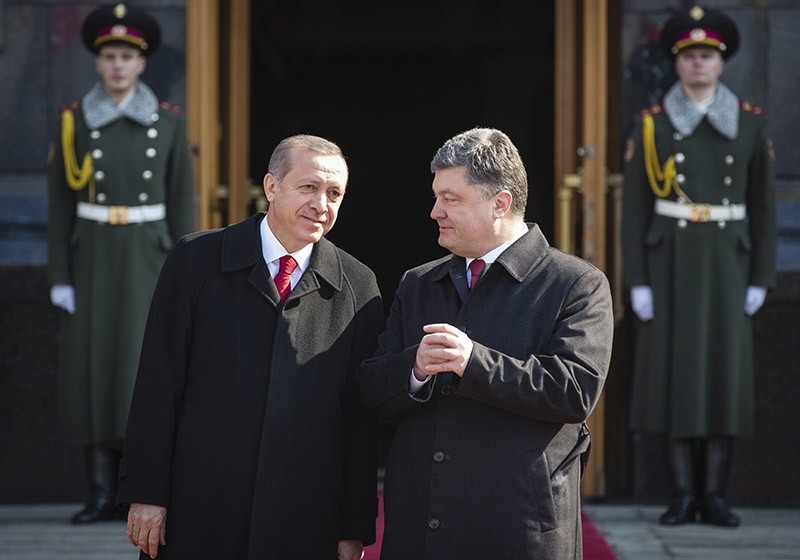 The president of Ukraine, Petro Poroshenko, called President Recep Tayyip Erdoğan yesterday to discuss the development of a strategic partnership.

During the phone conversation, Poroshenko thanked Erdoğan for Turkey's "unwavering support" for Ukraine's independence and territorial integrity, according to an official statement on the Ukrainian president's website. The press release also acknowledged the "completion of the political campaign in Turkey to amend the constitution of the country."

The leaders of both countries, according to the press release, discussed future steps to enhance the strategic partnership between Ukraine and Turkey and stressed the importance of the sixth session of the Ukrainian-Turkish High-Level Strategic Council, which will be held in Kiev.

Topics of regional and international importance such as the Syrian crisis were also touched upon during the call.