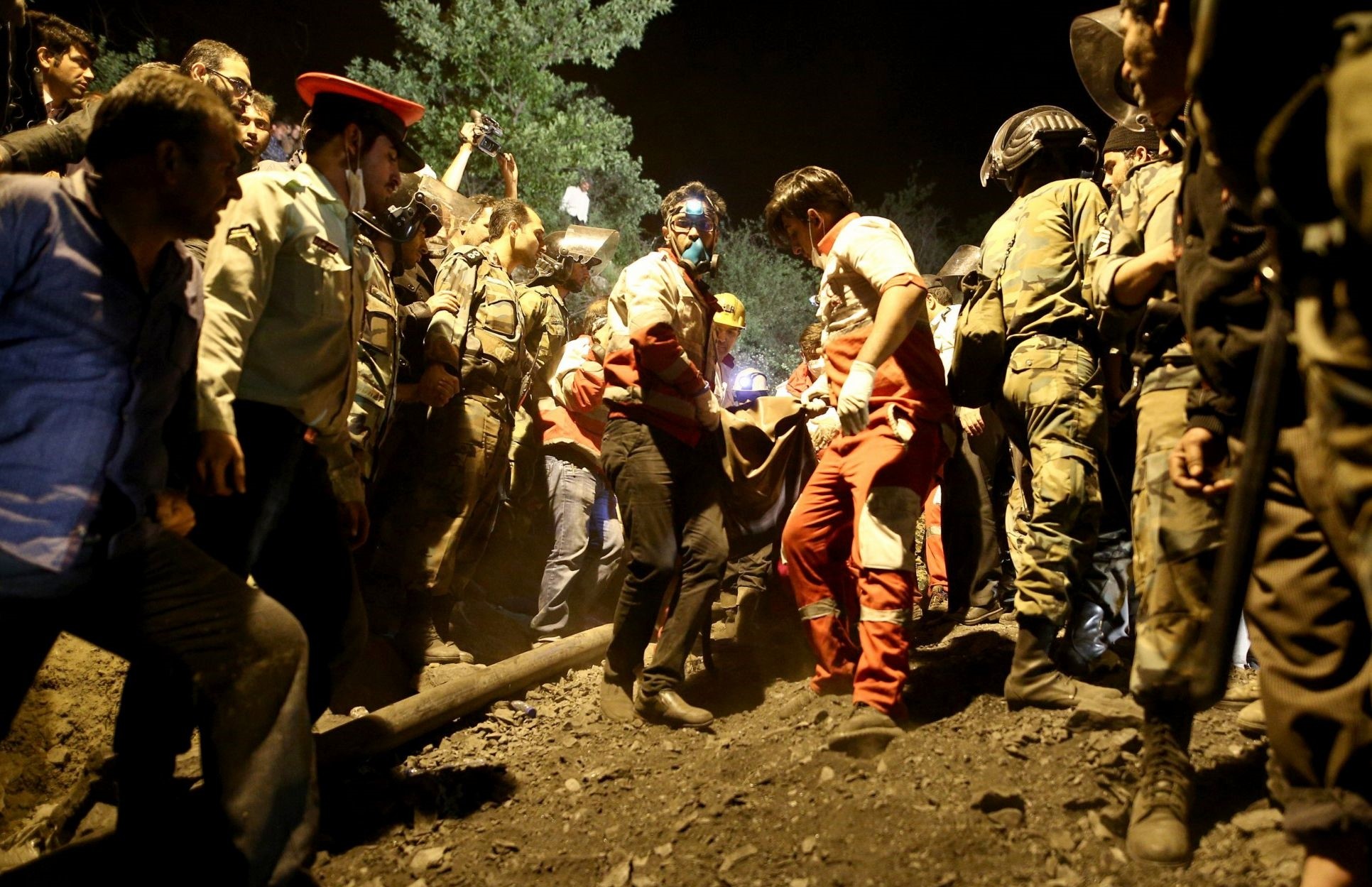 Rescue workers carry the body of a coal miner after he was pulled out from a mine in Azadshahr, in northern Iran. (AFP Photo)
by Daily Sabah with Agencies May 04, 2017 12:00 am

Turkey offered condolences to Iranian people Thursday after a coal mine explosion which struck in the Golestan province of northeastern Iran killing at least 35 people.

A statement released by the foreign ministry said that Turkey is ready to help in any way possible if needed and wished a swift rescue for miners still trapped underground, and a speedy recovery for the injured.

The rescue operation at the Zemestan Yort mine of the rescue of the 14 missing miners was made even more difficult by poisonous gases that filled the tunnels, as well as by fears of a further collapse.

The bodies of the miners were found at a depth of 600 metres (yards) and rescue teams have descended 1,400 metres into the tunnel where the blast happened.

All operations at the mine will be completely halted until the investigation is completed, Mining and Industry minister Mohammad Reza Nematzadeh, who was tasked with overseeing the inquiry, told IRNA.

The mine has 500 workers and the explosion happened during a change of shift, state media said.

The issue is particularly sensitive two weeks before a presidential vote in which President Hassan Rouhani hopes to win re-election.

Conservative candidates have accused the government of failing to care for the poor.