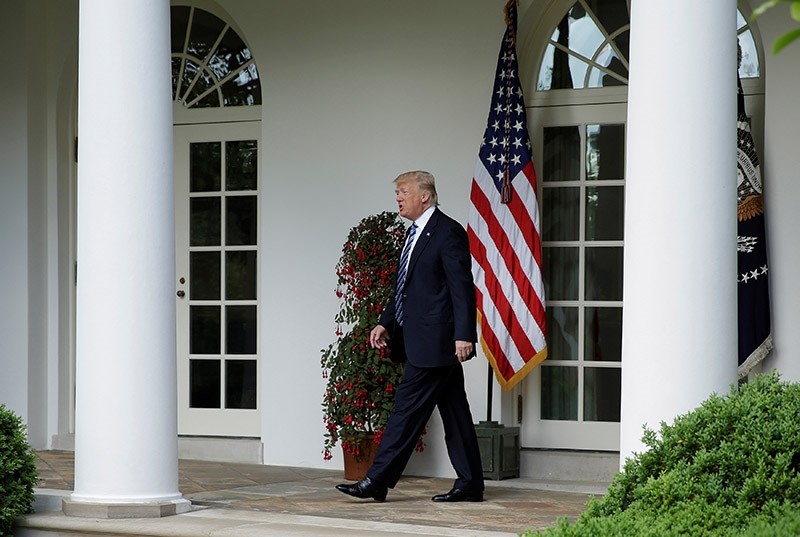 The delegation, which also included Turkish Intelligence Chief Hakan Fidan and Turkish Presidential Spokesman and Chief Advisor İbrahim Kalın, visited the White House to meet National Security Advisor Gen. H. R. McMaster, and had a chance to speak with President Trump, according to the White House official who spoke on condition of anonymity.

The top Turkish objective during the meeting was smoothing the ground for Turkish President Recep Tayyip Erdoğan's visit to Washington May 15 and 16.

Washington and Ankara disagree on the forces that should be utilized against Daesh in the military operation to liberate Raqqa. Turkey emphasizes the fact that the U.S. partner force People's Protection Units, also known as YPG, is the Syrian affiliate of the U.S. and Turkey designated terror group the PKK.

However, both the Pentagon and the U.S. Central Command (CENTCOM), supports the YPG option due to seasoned fighters among the YPG-led Syrian Democratic Forces, and the proven track-record of cooperation between the U.S. and its partner on the ground.

It is not immediately clear whether the White House had informed the delegation about any decision to directly arm the YPG with heavy weapons, which could infuriate Turkey. Ankara says that sophisticated weapons would eventually fall into the hands of the PKK, and that the YPG's role in Raqqa's liberation would be a public affairs work that could lay fertile ground for the PKK.

Several media reports suggested that Trump might sign the memorandum to directly arm YPG forces, not through a shell organization called the Syrian Arab Coalition, which is incorporated in the SDF, before Erdoğan's visit to Washington.

Separately, Turkish Intel Chief Hakan Fidan met his American counterpart Mike Pompeo, the director of the Central Intelligence Agency (CIA). Turkish Justice Minister, Bekir Bozdağ, also visited U.S. Attorney General Jeff Sessions at the Justice Department for 45 minutes and discussed the extradition dossier of Fethullah Gülen, a Pennsylvania-based radical cleric who is accused of masterminding the failed coup in Turkey along with his network of followers.