New Zealand to build school for Syrian refugees in Turkey 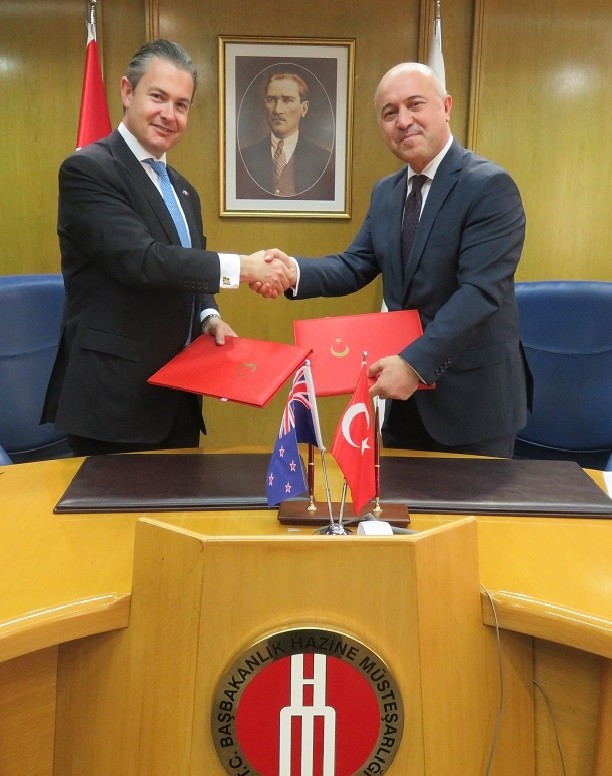 New Zealand will build a school in Turkey's southeastern province of Şanlıurfa amid aims to help the country in its efforts to provide education for war-torn Syrian refugees. According to a recent agreement between the two countries, New Zealand has granted TL 3.15 million ($9.5 million) to build 23 classrooms in schools that will serve up to 1,800 refugee children. The funding also includes school landscaping, desks, chairs and heating and air conditioning units. This is the second project of its kind in which New Zealand and Turkey have partnered to support Syrian refugees in Turkey. Prior to this project, in 2013 New Zealand funded the construction of three schools in refugee camps in Adıyaman, Kahramanmaraş and Osmaniye at a cost of around TL 2 million ($6 million).

Commenting on the issue, New Zealand's Ambassador to Ankara Jonathan Curr said that the New Zealand government is pleased to be engaged with the Turkish government on this project, which is a good example of bilateral cooperation between two friendly countries. ''We also recognize it as an important but modest contribution and acknowledge the generosity of the Turkish government and the people in supporting large numbers of Syrian (and Iraqi) displaced people for some years now," he added. So far, New Zealand has provided NZ$ 25 million ($17 million) in total contributions to those affected by violence in Syria and Iraq and the country also worked hard for positive humanitarian and political outcomes regarding the Syrian conflict over the 2015-2016 term on the U.N. Security Council.

Syria has been locked in a vicious civil war since early 2011 when the Assad regime ruthlessly cracked down on pro-democracy protests, which erupted as part of the Arab Spring uprisings. Since then, more than a quarter of a million people have been killed and more than 10 million have been displaced across the war-battered country, according to the U.N. Turkey, hosting more than 3 million refugees and more than any other country in the world, has spent around $25 billion helping and sheltering refugees during that time.