US didn’t realize its commitments to Turkey in Syria, senior US diplomat says 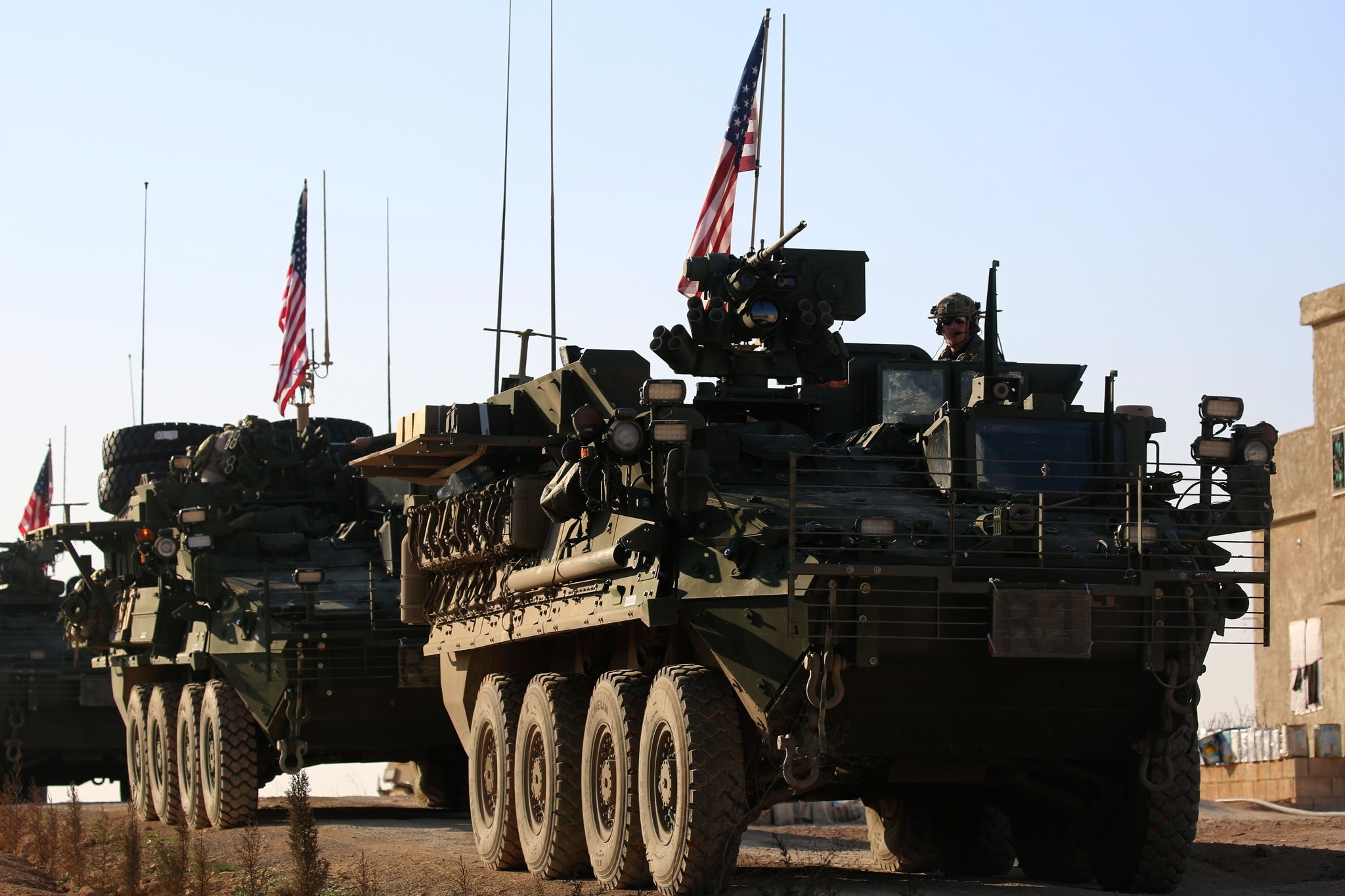 A convoy of US forces armoured vehicles drives near the village of Yalanli, on the western outskirts of the northern Syrian city of Manbij, on March 5, 2017. (AFP PHOTO)
by Ragıp Soylu May 18, 2017 12:00 am

A Senior U.S. diplomat said Tuesday that Washington had not met its promises to Turkey regarding the Syrian town of Manbij, where People's Protection Units (YPG) forces were supposed to leave the city once it had been cleared of Daesh terrorists, in line with a verbal deal between U.S. and Turkish leaders last year.

"We had commitments to Turkey, in the end, they were not fully realized", said Jonathan Cohen, U.S. Deputy Assistant Secretary of State for European and Eurasian Affairs. He said that YPG had partly remained in the region to create a holding force countering Daesh, but that when military units left, political advisors were still there, which angered Turkey.

After Trump's decision to directly arm the PKK terror group's Syrian affiliate YPG in Syria, Washington is looking for ways to assure Turkey about the next target, Raqqa, the so-called capital of the vicious terror group Daesh. One of the key U.S. proposals for Turkey is that the Raqqa Civilian Council would completely consist of Arabs, and the YPG forces would leave. Turkish officials, based on their past experience, are demanding that the U.S. provides a written agreement on the specifics of the Raqqa understanding.

Cohen said the U.S. needed to do better in the next step to fulfill the promises it has offered to Turkey about Raqqa. "There should be no room for [the same] in Raqqa, it is almost 100 percent Arab. The concept we are talking with the Turks about Raqqa is entirely Arab run city council," he told an audience at the Middle East Institute, where a panel on Turkish-American relations was hosted. Cohen also said that the U.S. had agreed with Turkey that the YPG should not be the force to head stability activities in the post-Raqqa operation, as it could grant political strategy to the group.

Cohen also tried to emphasize the fact that a U.S. and YPG partnership is based on battlefield necessities, and not something strategic and long term. He described the U.S.-YPG partnership as "tactical and transactional."

"We work with YPG because they were ready to act against ISIS, and we thought they could be effective, this is where it stops," he said, using another acronym for Daesh.

Commenting on the PKK presence in the Iraqi town of Sinjar, Cohen said that he believed when Mosul campaign finished, both Baghdad and the Kurdistan Regional Government would increase pressure on PKK, together in a partnership with Washington, and would try to remove the PKK, "military or otherwise."