US should replace envoy McGurk, as he supports YPG/PKK, FM Çavuşoğlu says 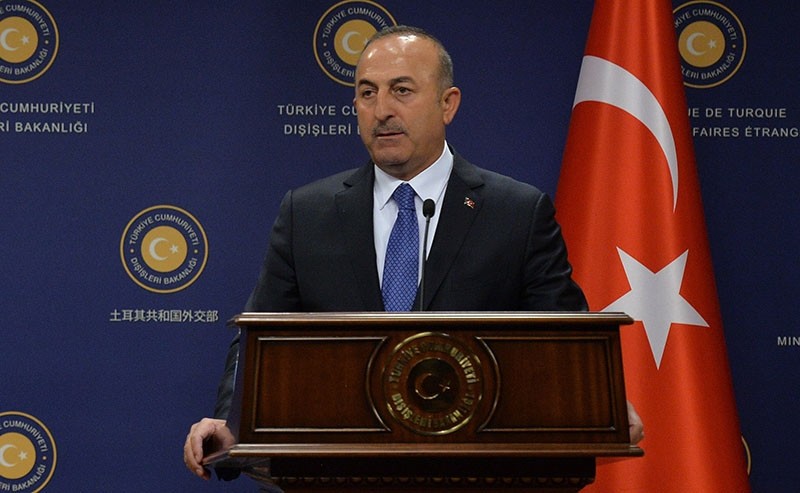 Foreign Minister Mevlüt Çavuşoğlu said that it would be beneficial if the U.S. replaces the Special Presidential Envoy for the Global Coalition to Counter Daesh Brett McGurk as he openly supports PKK terrorist group and its Syrian offshoot People's Protection Units (YPG).

Answering questions during a live interview on NTV, Çavuşoğlu highlighted that the president's recent visit to the U.S. has been very productive and signaled it will change the future of relations between the two countries.

The foreign minister noted that the U.S. officials in Syria, who were assigned during the Obama administration, could pose threats to relations between the two countries.

He noted that Turkey told the Trump administration that such officials from the Obama-administration could damage bilateral ties, without mentioning any names.

"The new U.S. administration is more sincere than the previous one," Çavuşoğlu said, adding that President Recep Tayyip Erdoğan conveyed Turkey's stance in a clear and determined manner.

"We reached some agreements-in-principle regarding issues in which the two countries diverge" Çavuşoğlu said.

The foreign minister also noted the U.S. assured that the weapons handed to YPG will only be used during the Raqqa operation, and not against Turkey.

"We told them that the YPG participates in the Raqqa operation not to liberate the city from Daesh, but with the goal to declare an independent state in the future" Çavuşoğlu said, and added that the U.S. responded by saying that they will not allow an attempt to destroy Syria's territorial integrity.

Çavuşoğlu said that the U.S. did not oppose when Turkish officials told them that Turkey may strike YPG in Syria, in line with rules of engagement.

Meanwhile, Çavuşoğlu also touched upon the recent debate about Incirlik airbase, saying that Turkey will say goodbye if Germany decides to leave the base.

"We are telling Germany that they can not treat Turkey as they wish, Turkey will not accept hypocrisy" Çavuşoğlu said.

German lawmakers were denied access to visit Incirlik Air Base where German troops are deployed as part of the anti-Daesh coalition and Germany threatened to pull out of the base in retaliation.

Turkey has criticized Germany for providing shelter to 250 fugitive diplomats and soldiers with suspected links to the Gülenist Terror Group (FETÖ), who are accused of being involved in the July 15 coup attempt in Turkey.