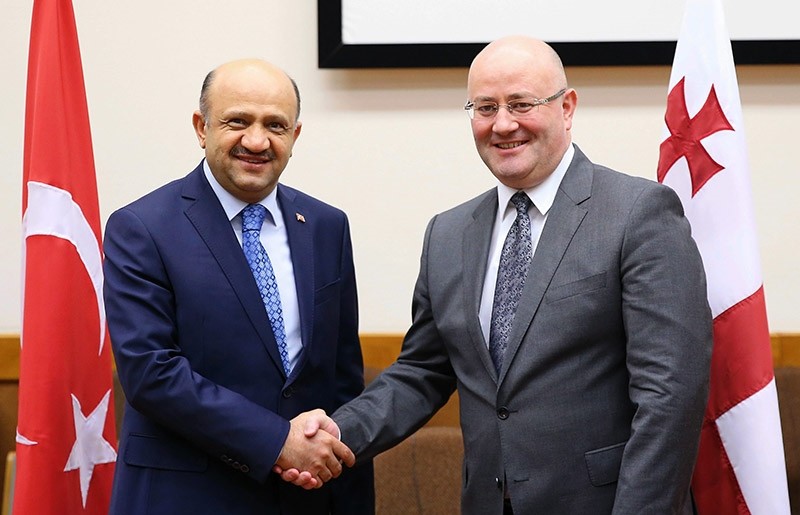 Georgian defense minister has underscored Turkey's crucial support ahead of the fifth trilateral summit between Turkey, Azerbaijan and Georgia.

The day-long summit begins on Tuesday in the Black Sea port city of Batumi.

Speaking to Anadolu Agency ahead of the summit on Monday, Defense Minister Levan Izoria said: "Turkey is a strategic partner of Georgia.

"I am happy that Georgia's neighbor is such a strong and supportive country of the region," he said.

About the importance of having an alliance with Turkey, he said: "Reliable and strong partners [such as Turkey] in the region are of vital importance to us, especially when some parts of our soils are occupied by Russia."

He also appreciated the logistics and technical support provided by Turkey to the country per annum.

He said regional security would be among key issues that would be discussed during the trilateral summit.

"I am proud to say that Georgia will host the 'Caucasian Eagle' -- an exercise program involving special forces of Azerbaijan, Georgia and Turkey -- and the 'Ethernet' -- a computer training program for security personnel aimed at pipeline security," he added.

He also said Georgia remains committed to the international community's fight against terrorism.