Turkey protests handling of incident in front of Washington embassy, summons US envoy 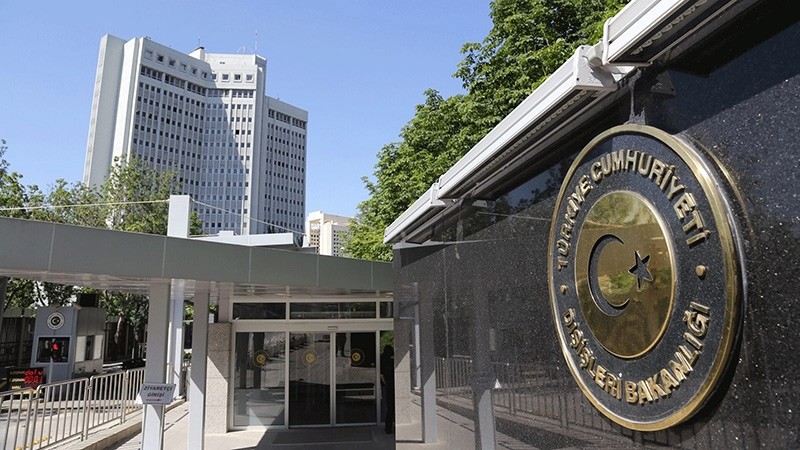 The Foreign Ministry said Monday that the U.S. ambassador to Ankara was summoned to ministry to protest police handling of violent pro-PKK protesters in front of the Turkish embassy in Washington, D.C. during President Recep Tayyip Erdoğan's May 16 visit on May.

The statement said that a written and verbal protest was delivered to U.S. Ambassador John Bass due to the "aggressive and unprofessional" actions of U.S. security personnel towards the close protection team of Foreign Minister Mevlüt Çavuşoğlu, breaching diplomatic rules and practices.

"The Ambassador of the Unites States of America in Ankara was summoned to the Ministry of Foreign Affairs today and It has been formally requested that U.S. authorities conduct a full investigation of this diplomatic incident and provide the necessary explanation," the statement said.

The statement added that it had been emphasized to Ambassador Bass that Erdoğan's visit, which was described as a very successful one, could not be overshadowed by the inability of U.S. authorities to take sufficient security precautions at every stage of the official program.

Çavuşoğlu's close protection team was also involved in scuffles with pro-PKK and Armenia protesters in front of the Turkish embassy, with the footage prompting a defamation campaign against Turkey in U.S. media circles, including several U.S. senators calling for the ouster of Serdar Kılıç, Turkey's ambassador to Washington.

Kılıç was summoned to the State Department Wednesday to discuss the altercation with Tom Shannon, the acting deputy secretary of state.

Turkey's U.S. embassy stated the demonstrators were associated with the PKK, which has waged a three-decade-long bloody insurgency against Turkey and is considered a terrorist group by the U.S.

The incident on May 16 isn't the first time security breaches took place during a U.S. visit by a Turkish leader. Last year, violence erupted outside Erdoğan's appearance at a nuclear security summit in Washington, and there have also been scuffles at the United Nations.