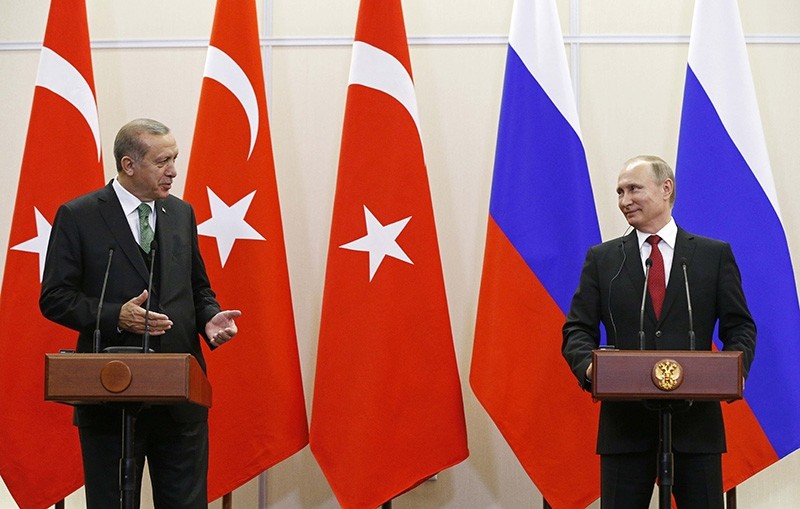 President Recep Tayyip Erdoğan and his Russian counterpart Vladimir Putin agreed on deepening strategic partnership between Turkey and Russia in a phone call on Saturday.

The two presidents also discussed the importance of setting up de-escalation zones in Syria.

Backing opposing sides in the Syrian civil war, Ankara and Moscow have been working to normalize ties after relations soured following the downing of a Russian jet by Turkey in November 2015.

Most restrictions were lifted in agreements signed during last week's the Organization of Black Sea Economic Cooperation (BSEC) summit in Istanbul.

However, some Russian restrictions on Turkish goods remain in place, including tomatoes.