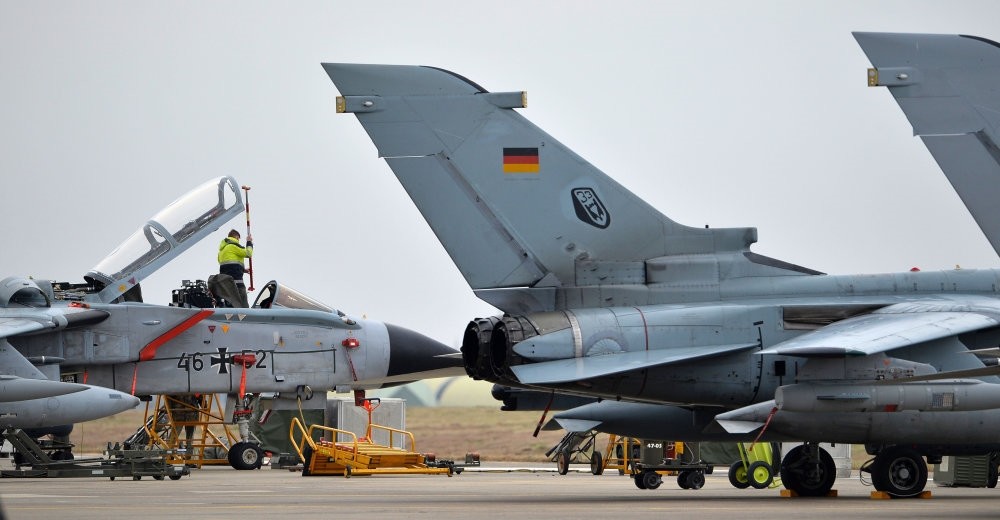 Although willingness from both sides to reach an agreement in the face of the İncirlik crises has been reported several times, the forthcoming bilateral meeting is not expected to be fruitful for either side and may even result in economical repercussions for Ankara

German Foreign Minister Sigmar Gabriel will be in Ankara on Monday to find a way to solve the İncirlik Air Base spat that recently led to turbulence in bilateral relations. However, international relations experts believe that the visit is unlikely to be fruitful for either side. The German foreign minister, who is reportedly in favor of a permanent and tangible solution to the strife, will hold a bilateral meeting with his counterpart Mevlüt Çavuşoğlu to convey Berlin's demands and listen to Ankara's conditions.

Gabriel is expected to underscore in the meeting that a failure to shake hands on the matter may result in economic repercussions for Ankara. Early in May, German Parliamentary Defense Committee delegation was denied permission to visit the airbase where German troops are deployed. The incident sparked a crisis between the two countries. Despite a reported willingness from both sides to reach an agreement, Hüseyin Bağcı, an international relations expert at Middle East Technical University, said that the two countries may not be able to find common ground. "The İncirlik crisis between Turkey and Germany does not seem [like it will] be solved easily. It has become a matter of pride for both countries. It is dangerous."

Çavuşoğlu said on Tuesday it was not possible for German lawmakers to visit the base at the time despite a meeting with Gabriel next week to decide the future of the airbase.

Speaking at a press conference with the foreign minister of Gabon, Çavuşoğlu said, "It is not possible to open the İncirlik base for a visit, but we might reconsider the decision in the future if we see positive steps from Germany."

Çavuşoğlu said "Germany's way of handling Turkey is troubling" and that the talks with Gabriel will focus on strained ties between the two countries.

Nurşin Güney, an international relations professor at Yıldız Technical University, said that both sides would look for common ground in the meeting. "The decision is on Germany. Turkey's conditions are loud and clear. I think the two sides will want to see how the land lies," she said.

Recently, Daily Sabah columnist Yahya Bostan contended that Turkish and German authorities found a way to solve the crisis, saying: "The Turks stated that it would allow German parliamentarians to visit the base, with the exception of those who are openly supportive of the PKK, which Turkey and the European Union consider a terrorist organization. Over the next weeks, the foreign ministers of Turkey and Germany will work together to draft a list of parliamentarians who will be permitted to visit İncirlik."

In Germany, there have been increasing demands to come up with an immediate decision on the issue from opposition parties in the coalition, Germany's Social Democrat Party (SPD) and the Socialist Left Party.

SPD foreign policy spokesman Niels Annen said that the federal government has given the Turkish government 14 days to grant permission to German parliamentarians to visit to the base, which is quite a long period of time.

Germany has been threatening to withdraw some 250 personnel and several Tornado jets from İncirlik that have been stationed as part of a U.S.-led anti-Daesh coalition. It has been speculated that Jordan will be the best option for Germany, while other reported options for airbases have included Greek Cyprus and Kuwait.

Turkey has been reluctant to give permission to German lawmakers to visit their soldiers stationed at İncirlik for several reasons.

Bağcı said that Turkey's relations with the EU soured following the July 15 coup attempt because the latter did not side with Ankara quickly. "None of the EU member states showed that they were by President [Recep Tayyip] Erdoğan's side after the coup attempt. It was traumatic for Turkish-EU relations," he said.

Daily Sabah previously learned the reasons for the ban on the German lawmakers' visit. Sources claimed there were lawmakers who sympathize with the PKK and the Revolutionary People's Liberation Party-Front (DHKP-C) in the German delegation.

Güney reiterated the problem with lawmakers who want to visit the airbase as well. The professor said that a visit could take place in the future if the two sides show willingness to work on who would be in the German delegation visiting İncirlik.

In addition, Germany's uncooperative stance on the Gülenist Terror Group (FETÖ) has also been a source of tension since the country has been a safe haven for hundreds of suspected FETÖ members, including high-ranking NATO military officers.

The spat between the two countries prior to the April 16 constitutional referendum in Turkey is considered to be another reason for the ban. Hostile statements from Berlin about Turkish politicians traveling to Germany during the referendum campaign also played a role.

The two countries went through the same crisis almost a year ago. A German parliamentary defense commission delegation was not allowed to visit İncirlik Air Base after the German parliament adopted a resolution regarding the events of 1915. The Federal Parliament approved a motion acknowledging the 1915 events concerning Armenian deaths to be genocide.

The crisis was solved months later after German Defense Minister Ursula von der Leyen was allowed to visit the airbase with a German delegation.

Güney asserted that İncirlik is irreplaceable for Germany: "İncirlik is valuable and it is obvious. Germany will have to decide whether to stay or not."