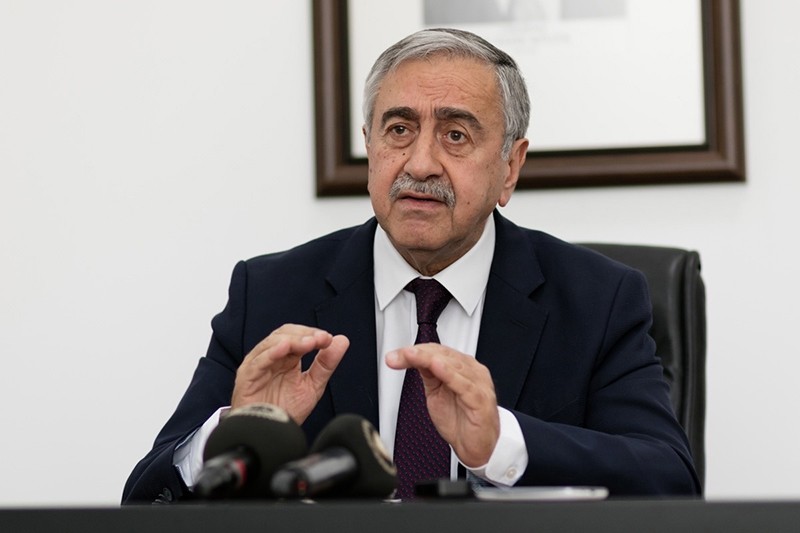 Turkish Republic of Northern Cyprus is aiming to break the deadlock on the reunification talks, the country's president said Saturday ahead of the leaders meeting in New York.

"We are going to New York for this goal, I hope that the Greek side will come the meetings with the same approach," President Mustafa Akıncı told reporters in Ercan Airport before departing for the negotiations that will be held at the UN Headquarters on Sunday.

Akıncı said that he hopes the Greek Cypriot side will match their positive approach and accept to meet in Geneva without preconditions on the talks.

"New preconditions are not acceptable in New York or Geneva, as these were not accepted in Cyprus. We are prepared to discuss all the issues in relation to each other," he said.

The Eastern Mediterranean island has been divided since 1974, when a Greek coup was followed by violence against the island's Turkish people, and Ankara's intervention as a guarantor power.

Turkish Cypriot President Mustafa Akıncı and Greek Cypriot leader Nicos Anastasiades have been involved in reunification talks to create a federal state since May 2015.

Akıncı and Anastasiades met several times in Geneva last year, but their last meeting in February was wracked by controversy over a Greek Cypriot decision to introduce a commemoration of the 1950 Enosis referendum on unification with Greece.

Both sides had agreed on most of the issues in the reunification deal but the sticking points, including a security and guarantees system, remain unresolved.