Blockade on Qatar must be completely lifted: Erdoğan 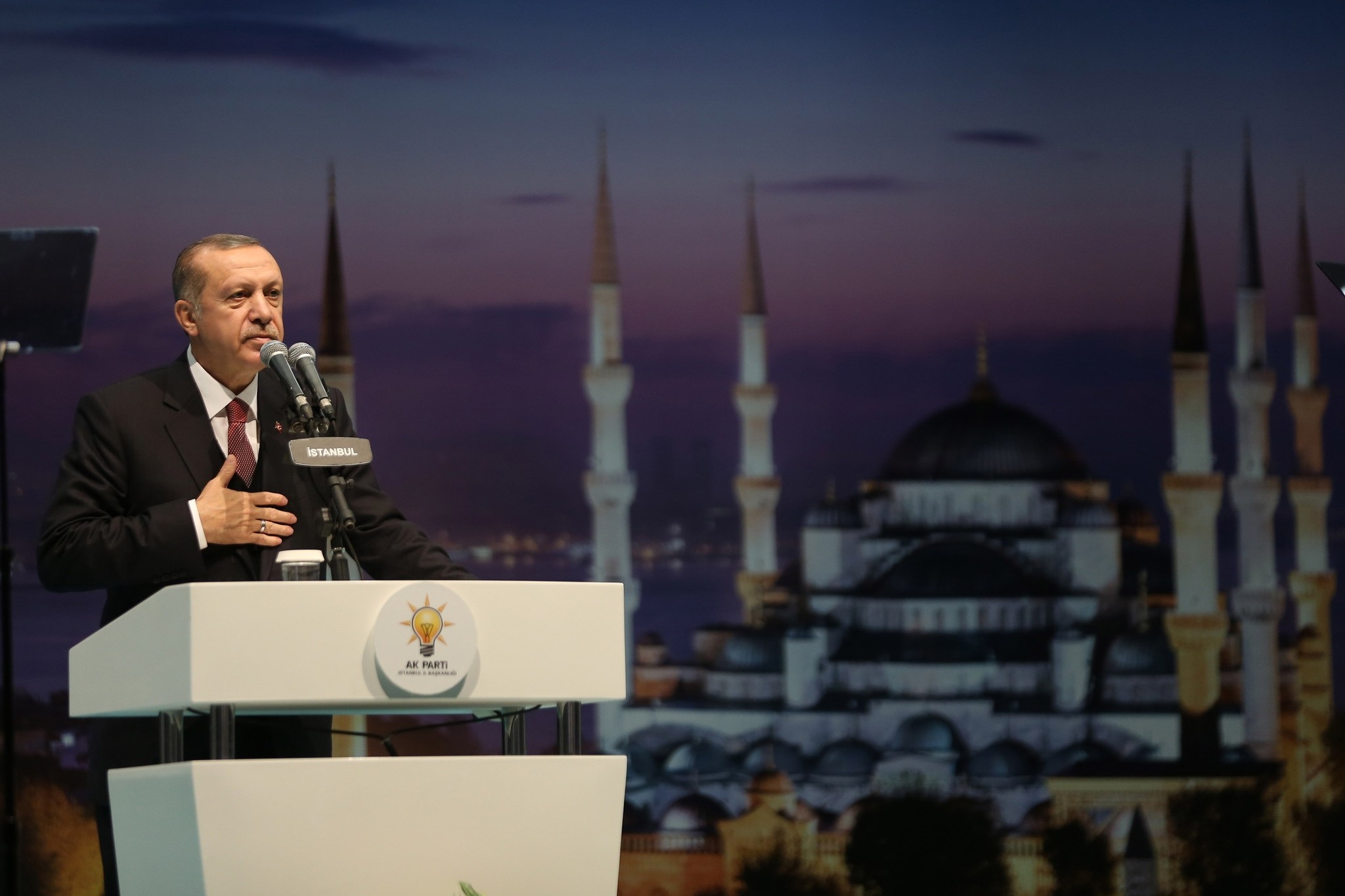 President Recep Tayyip Erdoğan reaffirmed Turkey's support for Qatar on Friday as he called for the current blockade imposed by Arab states to be completely lifted.

Speaking at an Iftar (fast-breaking) dinner organized by the Justice and Development Party (AK Party)'s Istanbul branch, Erdoğan said the recent crisis in the Gulf region serves only those who are gaining something from the instability in the Middle East.

"I'm calling on the leaders and citizens of the Gulf states, there will be no winner in this fight and slanders will get us nowhere."

Commenting on the criticism against Turkey for providing food supplies and military support to Qatar, Erdoğan said, "Our friends in the Gulf were not bothered by the U.S. base in Qatar but why are they concerned about the Turkish base?"

On Wednesday, the Turkish parliament pushed through a bill on deploying Turkish troops in Qatar followed by President Erdoğan's rapid approval, completing the legislative process.

Qatar vowed on Thursday to ride out the isolation and said it would not compromise its sovereignty over foreign policy to resolve the region's biggest diplomatic crisis in years.

Turkey has maintained good relations with Qatar as well as several of its Gulf Arab neighbors. Turkey and Qatar have both provided support for the Muslim Brotherhood in Egypt and backed rebels fighting to overthrow Syrian regime leader Bashar Assad.