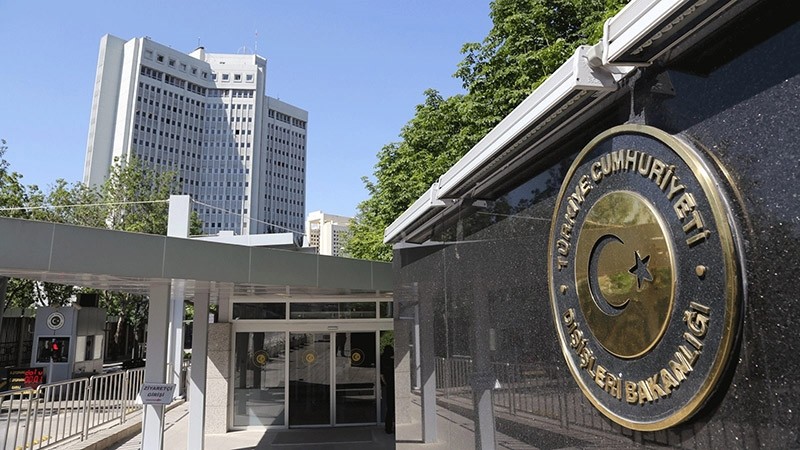 Ankara has harshly criticized the decision by the Kurdistan Regional Government (KRG)'s in northern Iraq to hold an independence referendum in the fall, calling it an irresponsible move and a grave mistake.

"We would like Iraq to continue as a state of all Iraqis. As such, we do not find it right to create a new problem area in a region that already has many problems. We think that this decision is irresponsible," Prime Minister Binali Yıldırım told reporters in Ankara on Friday.

The Foreign Ministry also released a statement on Friday, saying the decision was a grave mistake.

News of the planned referendum, set to take place on Sept. 25, has alarmed Ankara, which has a policy of territorial integrity for Iraq.

The statement went on to say: "We emphasized that the independence referendum will be of no benefit to the KRG or Iraq and that in this time of critical developments in the region this expenditure will increase instability and produce negative outcomes."

Stressing that Turkey values security and unity in its foreign policy, the statement continued: "The territorial integrity of Iraq and the conservation of its political unity is one of the foundational principles of Turkey's Iraq policy. This principle is one of the preconditions for lasting stability, peace, security and welfare."

Ankara also questioned the potential validity of a vote given the volatile situation at present, commenting: "[W]ithin the extraordinary conditions that the people of Iraq are living under, it is clear that a referendum that includes regions whose status is controversial will be far from reflecting the public will.

"In this respect, rather than doing harm to the unity of Iraq, there is a need for dialogue and comprehensiveness to strengthen the unity and togetherness of the country."

Iraqi parliamentary elections are expected to be held on Nov. 6.

Iraqi Prime Minister Haider al-Abadi said in April that he respected the Kurdish right to vote on independence, but that he did not think the timing was right for the move.

In its most recent statement, Iraq's central government reacted to news of the referendum, saying: "We reject Irbil's one-sided step towards independence."

On Friday, central government spokesman Saad al-Hadithi said that the move could not be taken alone.

"All Iraqis must have a say in defining the future of their nation. No single party can determine the future of Iraq in isolation from the other. Any decision on this issue must be taken in consultation with other parties and safeguard national consensus," he said.

On Thursday, U.S. State Department spokeswoman Heather Nauert said that the KRG's ambitions were understood, but this was an internal issue of the Iraqi people and that they support "a unified, stable, and democratic Iraq."

"We support a unified, stable, democratic, and a federal Iraq. We understand and appreciate the legitimate aspirations of the people of Iraqi Kurdistan. We have expressed our concerns to the authorities in the Kurdistan region that holding a referendum, even a nonbinding resolution at this time, will distract from urgent priorities – and that would be the defeat of ISIS [another acronym used for Daesh], the stabilization, the return of displaced people, managing of the region's economic crisis and resolving the region's internal political disputes," Nauert said at a daily press briefing in Washington.

On Thursday, Germany also voiced Berlin's concerns over plans for independence, saying the decision could further increase tension in Iraq.

"We can only warn against one-sided steps on this issue. The unity of Iraq is on the line," German Foreign Minister Sigmar Gabriel was quoted as saying in a statement in a Reuters report.

"Redrawing the lines of the state is not the right way and could exacerbate an already difficult and unstable situation, in Erbil as well as Baghdad."

"I call on all sides to seek dialogue, to find consensus for dealing with open questions and not to reignite conflicts in the disputed areas of Erbil and Baghdad," Gabriel added.

Other countries in the region, including Iran and Syria, have historically opposed any notion of KRG independence, as each state fears separatism and the further insecurity it could bring to the Middle East.

Iraq's majority Shiite Arab community mainly resides in the south of the country while Kurds mainly live in the north and northeast and Sunni Arabs live in the northwest. The center around Baghdad is mixed.