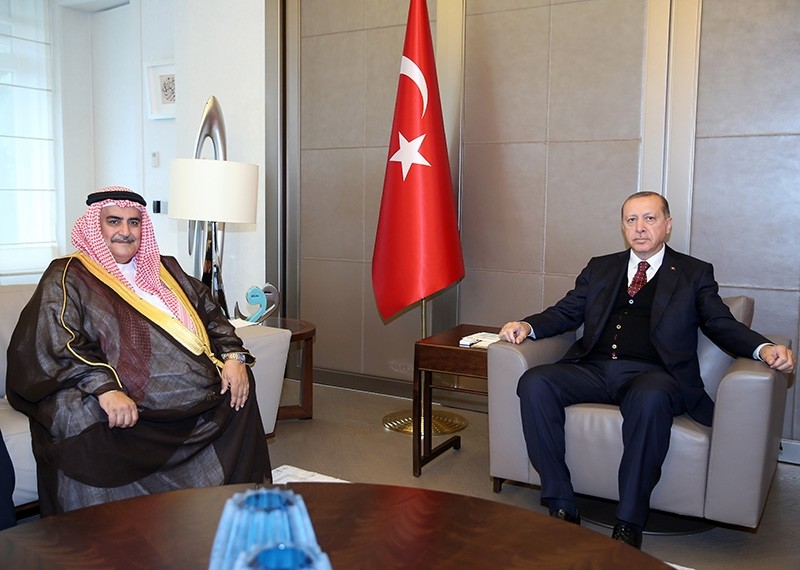 Following the meeting, Çavuşoğlu said in a joint press conference with Khalifa that Erdoğan told Bahraini foreign minister that the Qatar dispute should be resolved before end of the Muslims' holy month of Ramadan.

He added that Turkey would continue its efforts to resolve the dispute, as Qatar faces isolation imposed by fellow Arab states over its alleged support for terrorism.

Turkish foreign minister also said Turkey's military base in Qatar, to which the parliament approved legislation on deploying Turkish troops on Wednesday and signed into law by Erdoğan, was aimed at contributing to the security of the entire Gulf region and was not aimed at a specific Gulf state.

The visit came after Turkey's call for a diplomatic solution to the crisis and offer to play a mediatory role.