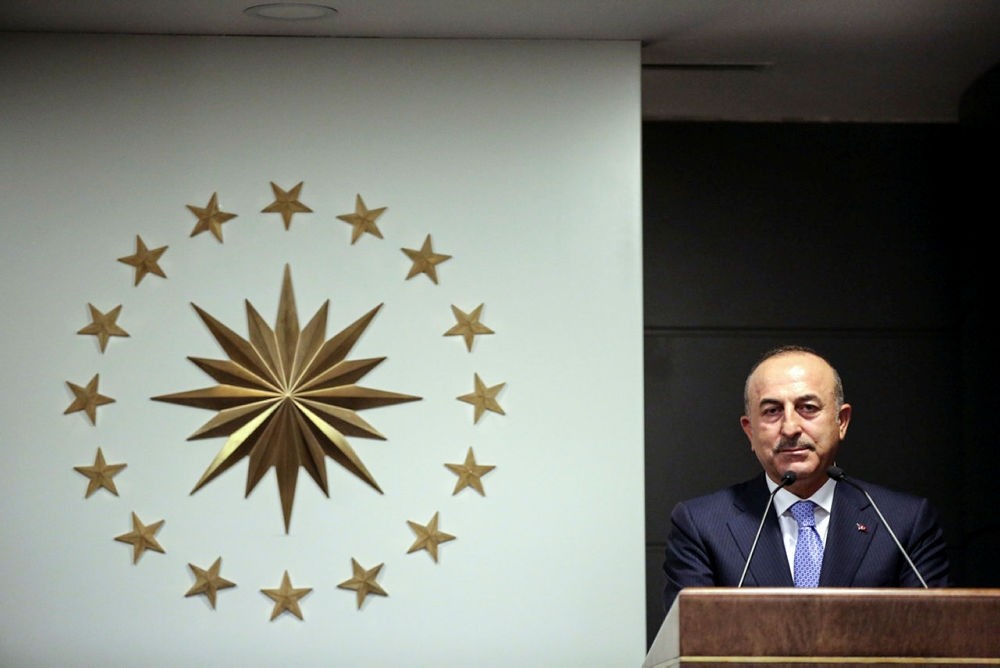 Turkish Foreign Minister Mevlüt Çavuşoğlu said that he will visit Qatar on Wednesday as part of Turkey's mediation efforts to solve the recent Gulf crisis.

Speaking at a press conference with Burundi foreign minister on Tuesday, Çavuşoğlu said he might visit Saudi Arabia as well and that the Turkish side is waiting for the Saudis to respond.

According to the statement, the Turkish minister will meet the Emir of Qatar Sheikh Tamim Bin Hamad Al Thani and Qatari counterpart Sheikh Mohammed bin Abdulrahman bin Jassim Al Thani to discuss the recent developments in the region.

Ankara has carried out intense diplomatic efforts to end the recent Gulf crisis and called on the Gulf states that have imposed an embargo on Qatar to end the blockade and find a solution to the recent crisis by the end of the holy month of Ramadan.

Turkish Parliament last week approved legislation to allow Turkish troops to be deployed to a base in Qatar, and the legislation was ratified by Erdoğan on Wednesday. Qatar welcomed the decision, while both Doha and Ankara asserted that the move aims to contribute to the security of the entire Gulf region and is not aimed at a specific Gulf state.

Prime Minister Binalı Yıldırım also warned during his speech at a fast-breaking dinner with business figures at Istanbul's Dolmabahçe Palace that the Qatar dispute could become a global problem due to the geostrategic nature of the region if tensions rise, calling on all parties involved in the dispute to "act responsibly and work to reduce tension rather than increasing it."

Qatar, for its part, has vehemently denied the accusations, describing the moves to diplomatically isolate the country as "unjustified." Qatar vowed on Thursday to ride out the circumstances of isolation, saying it would not compromise its sovereignty over foreign policy to resolve the region's biggest diplomatic crisis in years.