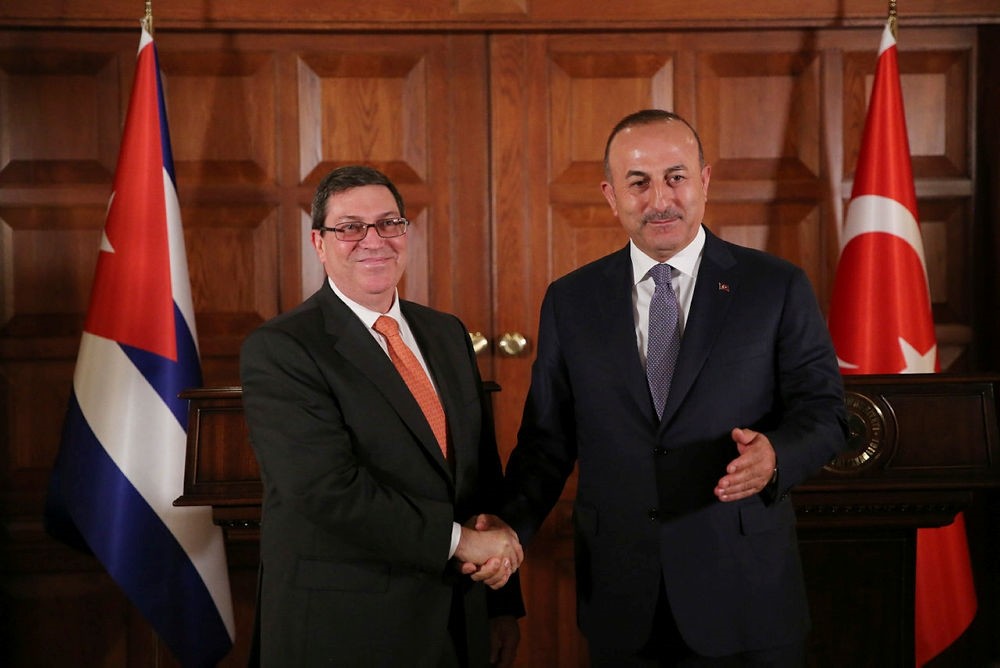 Foreign Minister Mevlüt Çavuşoğlu expressed support for the United Nations General Assembly's call to lift U.S. sanctions against Cuba, saying the country is against embargos as a principle.

Speaking in a press conference with his Cuban counterpart Bruno Rodrigues in Ankara, Çavuşoğlu said Turkey sees Cuba as a vital partner and that no problem can be solved through embargos but only through dialogue.

"Turkey has welcomed the rapprochement between the U.S. and Cuba in recent years. We hope to see more positive outcomes without any setbacks."

The top diplomat said that Turkey did not implement any embargos even to Russia during the diplomatic spat between the two countries over the downed Russian jet in Syria in November, 2015.

The U.N. passed a resolution condemning America's economic embargo against Cuba in 2016 after the vote was abstained by the U.S. and Israel.

General Assembly resolutions are non-binding and unenforceable. But the 25-year-old exercise in which the world body has overwhelmingly voted to condemn the embargo does reflect world opinion and has given Cuba a global stage to demonstrate the U.S.'s isolation policy against the country.