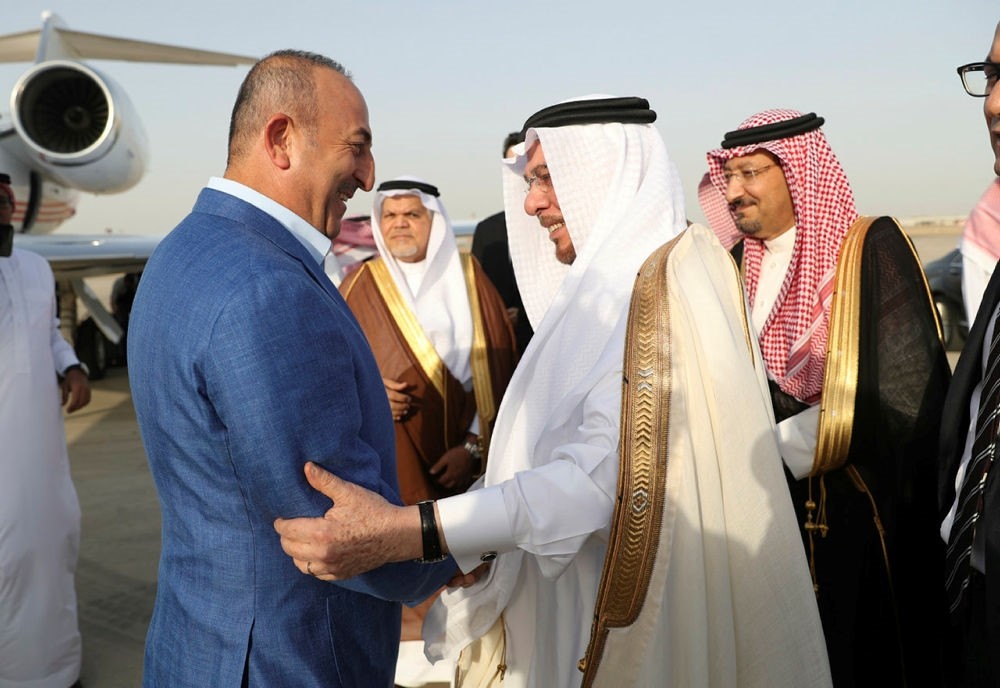 Turkish Foreign Minister Mevlüt Çavuşoğlu visited Saudi Arabia on Friday to have talks with Saudi Arabian King Salman Abdelaziz and other officials in an effort to resolve the Gulf dispute that broke out nearly two weeks ago.

Çavuşoğlu was received by King Salman in the holy city of Mecca, a day after meeting his Kuwaiti counterpart. He also visited Doha on Wednesday where he called for dialogue after meeting Qatar's emir and foreign minister ahead of his Saudi stop.

Speaking after his return from the final leg of his Gulf tour aimed at brokering a solution, the top Turkish diplomat said that he conveyed Turkey's wish to see Saudi Arabia as a leading regional country in the process of resolving the crisis.

Turkey has been vocal about the embargo imposed on Qatar as President Recep Tayyip Erdoğan said that Muslim countries should not be imposing sanctions on fellow Muslim nations.

The president said he wants the crisis to be resolved through dialogue by the end of Ramadan and that Saudi Arabia's king can take such a step.
Ramadan is due to end later in June.

Turkey sees Qatar as its chief ally in the Gulf but is also keen on maintaining and improving its ties with regional power Saudi Arabia.