Germany to start moving its planes from Incirlik in July 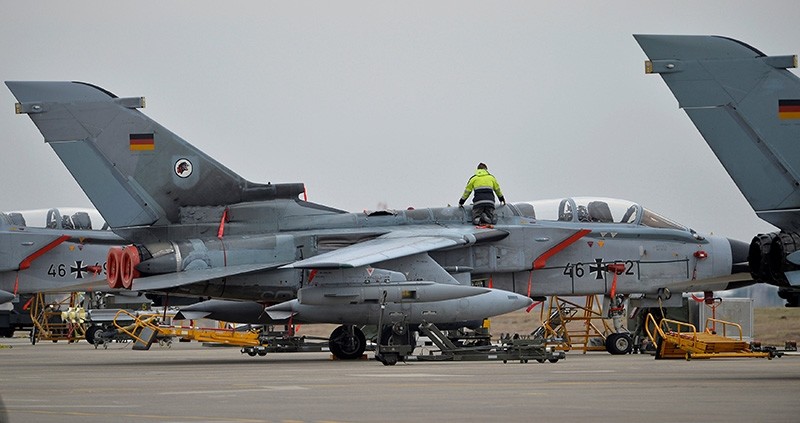 Germany's defense minister hopes to start transferring planes serving in the international coalition in Syria from Turkey to Jordan by mid-July.

Defense Minister Ursula von der Leyen told Sunday's Bild am Sonntag newspaper that the refueling plane will be moved as quickly as possible in the end of June and should be back in service in the second half of July. Von der Leyen says moving the six Tornado reconnaissance planes will take two months, from August to September and those planes should be fully back in service from October.

Since 2015, Germany has stationed six Tornado surveillance jets and a tanker aircraft at Incirlik, along with around 260 personnel, providing intelligence and logistics support for anti-Daesh operations.

The German government has decided to withdraw its refueling and reconnaissance aircraft from Turkey's Incirlik base to Azraq, Jordan, after tensions between the two countries rose in late May after a German parliamentary delegation was not allowed to visit the Incirlik Air Base, where German troops are stationed.

The move was in response to Germany's attitude towards Turkish deputies during the recent constitutional referendum period where Turkish officials were barred from holding meetings in Germany, drawing a strong reaction from Ankara.

Also, Turkish officials indicated their disturbance of Germany's stance regarding terrorist groups, including the PKK and the Gülenist Terror Group (FETÖ), numerous times.

On June 7, Berlin announced German troops stationed in the southern Turkish base would be moved to a military facility in Jordan over the coming months.

In addition, after the coup attempt on July 15, 2016 in Turkey, suspected FETÖ members have sought asylum in Germany despite being wanted by Ankara for their alleged involvement in the coup bid.