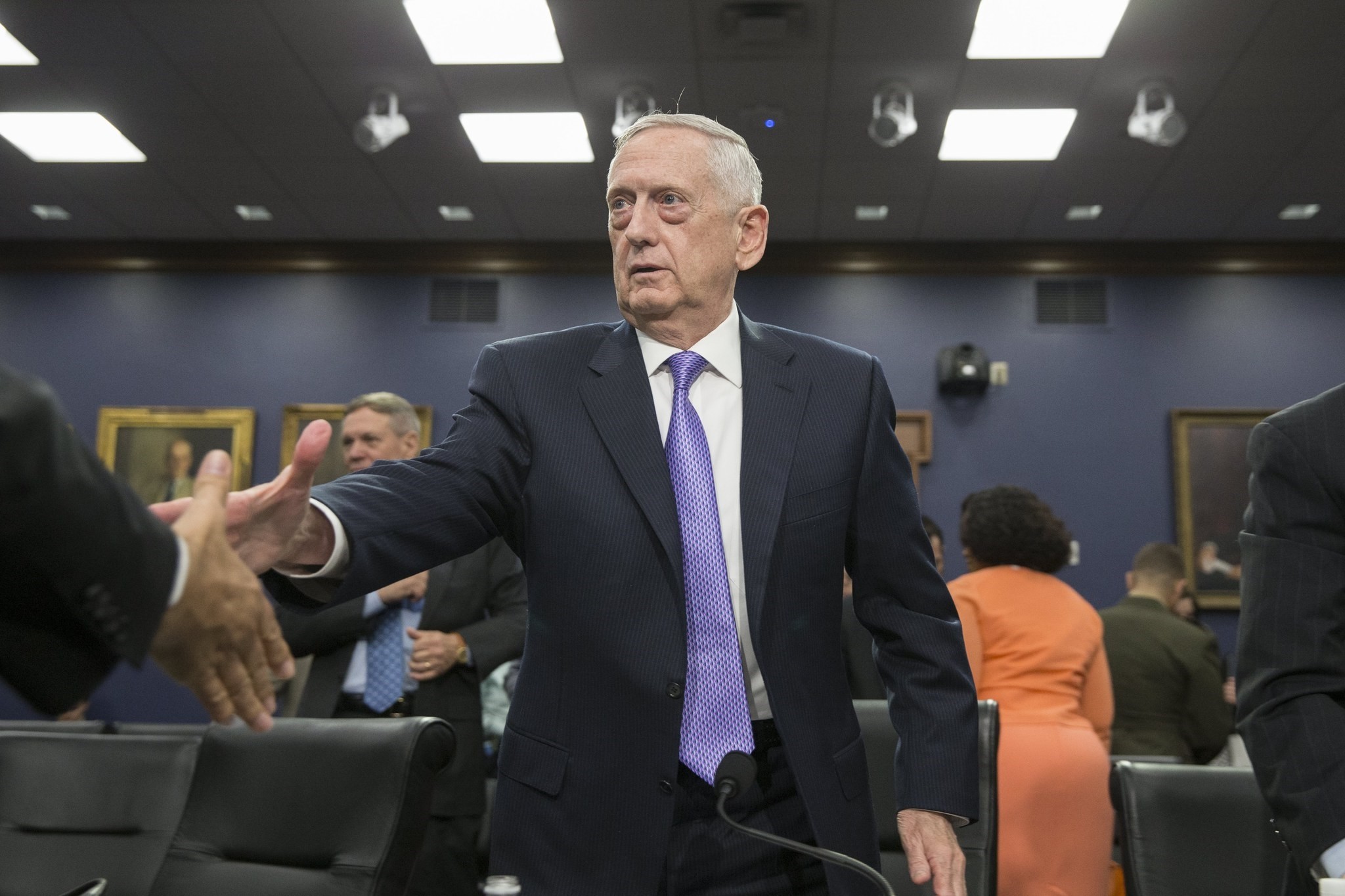 US Secretary of Defense James Mattis greets members of Congress after testifying before a House Appropriations subcommittee hearing on the Defense Department budget, on Capitol Hill in Washington, DC, June 15. (EPA Photo)
by Ragıp Soylu Jun 19, 2017 12:00 am

U.S. Secretary of Defense James Mattis sent a letter to his Turkish counterpart, Gen. Hulusi Akar, last week as part of a mechanism to inform Ankara about the weapons the U.S. has provided to the PKK's Syrian affiliate.

U.S. Gen. Joseph Dunford, chairman of the Joint Chiefs of Staff, acknowledged on Monday that the U.S. was very focused on maintaining its relationship with Turkey, despite tense remarks from Ankara about the U.S.'s decision to arm the People's Protection Units (YPG) to liberate Raqqa from Daesh.

"We sat down with the Turks. We have a tight framework. We have transparency in reporting. We are providing them routine reports on what we're doing. We provide them [with] the type of weapons that we have," he said.

Dunford also reiterated the fact that there is a mechanism put in place by the Pentagon to make sure that the weapons distributed to the YPG-led Syrian Democratic Forces would only be used for Raqqa, and won't find their way into Turkey.

"Last Tuesday we wrote a detailed letter to [Sec. Mattis]'s Turkish counterpart providing a routine update. I speak with Turkish Gen. Hulusi Akar frequently. Our European Command speaks with them once a week. We have a very robust presence in Ankara. Both the European Command, and Central Command in Joint Operation Center are working with our Turkish counterparts to mitigate the concerns," he said.

A Turkish official last month told Daily Sabah that Turkey was seeking a written document on U.S. promises in Syria, due to the Barack Obama administration's failure to meet its words on the YPG in the past. The letter appears to be a step in that direction.