Russia, US crossing swords while sinking deeper into Syrian swamp 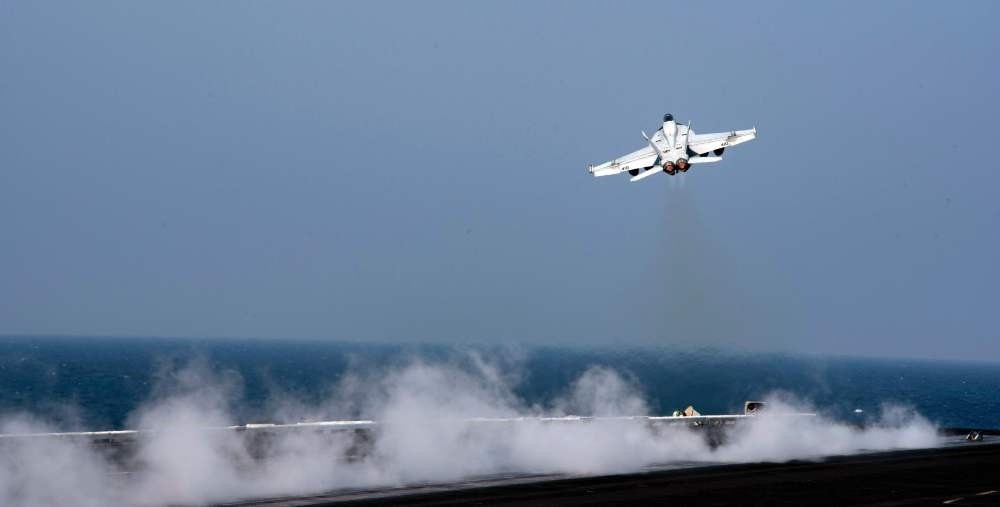 A U.S. F/A-18E Super Hornet shot down a Syrian regime jet on June 18, after it dropped bombs on U.S.-backed SDF militants fighting Daesh in northern Syria. It is the first time a U.S. jet has shot down a manned jet fighter in more than a decade.
by Şeyma Nazlı Gürbüz Jun 21, 2017 12:00 am

Following the US downing of a Syrian regime jet on Sunday, analysts expect that the U.S.-Russia tension to continue and escalate as both countries determine areas of influence through ground their proxies

Recent tensions between Russia and the U.S. following the U.S.-led coalition downing of a Syrian regime aircraft in Syria on Sunday are likely to rise as both countries try to shape borders in the country for their areas of influence, experts said. The U.S. said on Monday that coalition forces fighting Daesh in Syria retained the right to self-defense as a response to Russia's suspension of cooperation with the U.S.-led coalition. According to Yusuf Özhan, ESMEDYA digital group editor-in-chief and an expert on Middle Eastern affairs, there is a high possibility of rising tensions since both countries are quite determined to have their own dominance over the area.

Özhan said that while the areas of influence in northern Syria have been shaped already, the same cannot be said for the south of the country. "In northern Syria, the boundaries of the powers are somewhat determined. The YPG [People's Protection Units] has its own area of control, Turkey has its safe zone, et cetera," Özhan said. Daesh currently controls much of southern Syria, such as Deir ez-Zor. While Russia backs the Syrian regime to recapture Daesh held areas, the U.S. has partnered with the Syrian Democratic Forces (SDF), which is largely composed of fighters from the PKK terror organization's Syrian affiliate Democratic Union Party's (PYD) armed People's Protection Units (YPG) militia. The U.S.-backed SDF has recently launched an offensive on Raqqa, a strategic Daesh stronghold.

Özhan also said Russia will make sure the U.S. pays a heavy price while it advances on Daesh and increases the areas controlled by its SDF proxy on the ground.

The crisis emerged on Sunday after the U.S. military shot down a Syrian jet near Raqqa in retaliation for the regime bombing SDF positions. 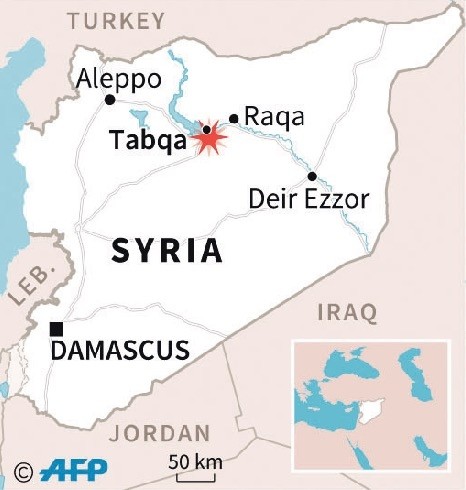 The incident was followed by a Russian Defense Ministry statement that said starting Monday, they will track all U.S.-led coalition jets and drones west of the Euphrates and treat them as targets. The ministry accused the U.S. of failing to use a pre-established communication channel to warn Moscow of a strike before downing the warplane, announcing it would stop using the channel.

Washington, as a response, said that it would do what it can to protect its interests.

"This is the war of spheres of influence," said Professor Nurşin Güney, the head of the Political Science and International Relations Department at Yıldız Technical University, adding that the U.S. and especially the Russia try to expand their areas of dominance in Middle East through the Syrian war.

"The escalation of hostilities among the many factions operating in this region doesn't help anybody. And the Syrian regime and others in the regime need to understand that we will retain the right of self-defense, of coalition forces aligned against [Daesh]," White House spokesman Sean Spicer said.

Meanwhile, Australia has suspended its airstrikes on Daesh targets in Syria as a precaution, according to a statement from the Australian Defense Department on Tuesday, saying that "Australian Defense Force protection is regularly reviewed in response to a range of potential threats."

Güney said that the ending of cooperation between the U.S. and Russia does not mean that these states will strike each other. "With such words, these powers want to impress their own people. They actually do not care who is dead or who has been shot, including the shutting down of regime forces," Güney asserted, adding that as long as there is no alliance, tensions are likely to increase.

The U.S. military released a statement on the issue that said it was repositioning its aircraft over Syria to ensure the safety of American air crews targeting Daesh.

U.S. Chairman of the Joint Chiefs of Staff Joseph Dunford said that the United States was working to restore a de-confliction communications line with Russia meant to avoid an accidental clash over Syria. The White House said that it would work to keep lines of communication open with Russia amid the new tensions.

U.S. Central Command also issued a statement, saying the downed Syrian military jet had been dropping bombs near U.S.-backed SDF forces. It said the downing of the plane was "collective self-defense" and the coalition had contacted Russian counterparts by telephone via an established "de-confliction line to de-escalate the situation and stop the attack.

The United States and Russia, which has been providing air cover for Syrian leader Bashar Assad's forces since 2015 in his offensive against Daesh, have a standing agreement that should prevent in-air collisions involving U.S. and Russia jets engaged in operations in Syria.

"The coalition's mission is to defeat [Daesh] in Iraq and Syria. The coalition does not seek to fight the Syrian regime, Russian, or pro-regime forces partnered with them, but will not hesitate to defend the coalition or partner forces from any threat," the coalition said.

Following the incident, Russian Foreign Minister Sergei Lavrov said on Monday the U.S. should respect Syria's territorial integrity and refrain from unilateral actions in the country.