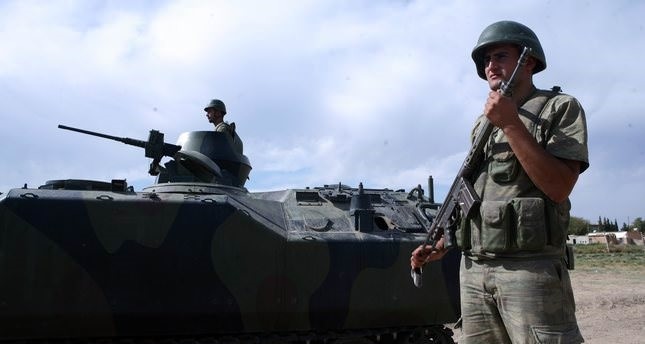 First batch of 25 Turkish soldiers, who left for Qatar early Thursday to be stationed in the Turkish military base have arrived in the country.

Turkey will also send five armored vehicles as part of the first unit of deployment.

Turkey already has 90 troops in the base.

The Turkish parliament has ratified two bills on deploying troops to Qatar to train the nation's gendarmerie forces.

The deal that would allow for the deployment of troops to Qatar to improve the country's armed forces and boost military cooperation was signed in April 2016, in the Qatari capital of Doha.

Under the legislation, the military forces of both countries will also be able to carry out joint exercises. The move aims to contribute to regional and world peace. Turkey already sent around 100 troops to the Qatari Al Udeid Air Base, which has a reported capacity of around 3,000, in October 2015. It remains officially unknown how many soldiers will be stationed at the air base.