Turkish development agency head: TİKA in Jerusalem for people of all faiths 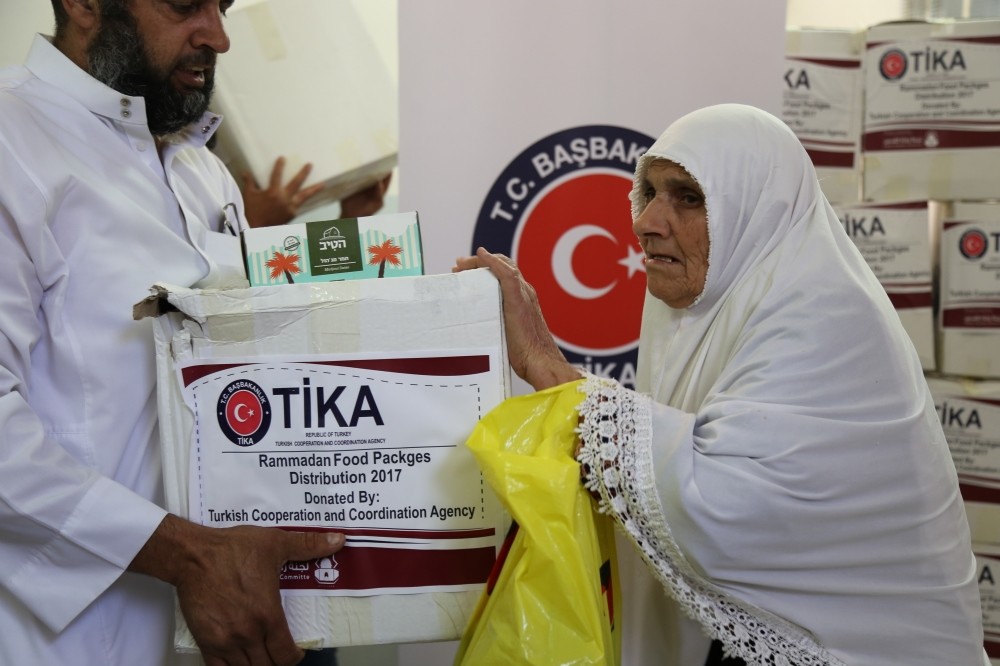 The president of TİKA, the agency that has implemented 349 projects in Palestine since in 2005, denied the allegation by an Israeli newspaper of having a secret agenda, and said that the agency focuses on facilitating social development and serves people of all religions with a fully transparent operation

President of the state-run Turkish Cooperation and Coordination Agency (TİKA), Serdar Çam denied allegations recently published in an Israeli newspaper, saying that along with other countries, TİKA serves people of all religions and that its operations in Palestine and Israel are fully transparent and have no secret agenda other than facilitating social development.

The Israel Hayem newspaper published an article on June 21 that claims Turkey is reportedly pouring millions of dollars into East Jerusalem in a concerted effort to position itself as a Muslim power in the city and that TİKA provides a portion of the funds. Brushing off the allegations, Çam said that Turkey cooperates both with the Israeli and the Palestinian sides to establish permanent peace and prosperity without having any prejudice or hidden agenda. "We provide development aid with transparency while we are doing this work. We are trying to provide support for the creation of political stability by fixing fragile structures," he said, adding that TİKA aims to preserve the historical character of Jerusalem where the three Western religions used to live together in peace.

Stressing that TİKA has undertaken attempts to preserve historical artifacts in the area, Çam said his institution has taken on the restoration project because the artifacts do not only belong to Muslims. "For example, TİKA contributed to the funding to restoring the Church of the Nativity in Bethlehem," he said, emphasizing that by restoring the church TİKA did not aim to Christianize the region. Likewise, he said TİKA does not aim to Islamize East Jerusalem while restoring historical artifacts.

"In addition to all this, we do not only contribute to the restoration work there, we provide development aid for Palestinians, such as development employment, vocational courses, projects in the field of health and the strengthening of educational opportunities by opening schools," Çam said.

He said that radicalism has its roots in a lack of education: "We are trying to make contributions to fulfill the needs in this field."

Explaining that TİKA also provided contributions to the improvement of bilateral relations, Çam also said that after normalization of diplomatic relations between Turkey and Israel, they have started to cooperate with Israeli authorities to develop common projects to preserve cultural heritage in Israel. Çam also said that TİKA will open an office in Jerusalem before the end of this year to improve cooperation with Israel. The article also claims that Turkey is allies with people who are enemies of the state of Israel. In response, Çam said that they have never had any contact with anybody who was outlawed. "TİKA cooperates closely with both Palestinian and Israeli officials and we have been continuing our mission in Israel in accordance with diplomatic rules," Çam said. "We have never had any contact with anybody who has terrorist links or who is outlawed by Turkey.

"We are not politicians and our job is not politics. We continue our development aid to facilitate the establishment of peace and stability in the region," he said.

According to the agency's internal data, TİKA has implemented 349 projects in Palestine since Turkey opened the Palestine Coordination Program Office in 2005. The agency has implemented 173 projects in the West Bank, 113 in the Gaza Strip and 63 in Jerusalem, creating much needed educational and emergency facilities in the area. Out of the total number of projects, 78 were social infrastructure, 64 administrative infrastructure, 52 education, 46 emergency, 38 health, 25 production and 25 water and sanitation projects, as well as 21 restoration projects for joint historical and cultural monuments. The help granted to Palestine constitutes 30 percent of the total help TİKA provided in the Middle East and African region over the last 10 years.

Established in 1992, TİKA is responsible for implementing Turkey's developmental cooperation policies in 140 countries.