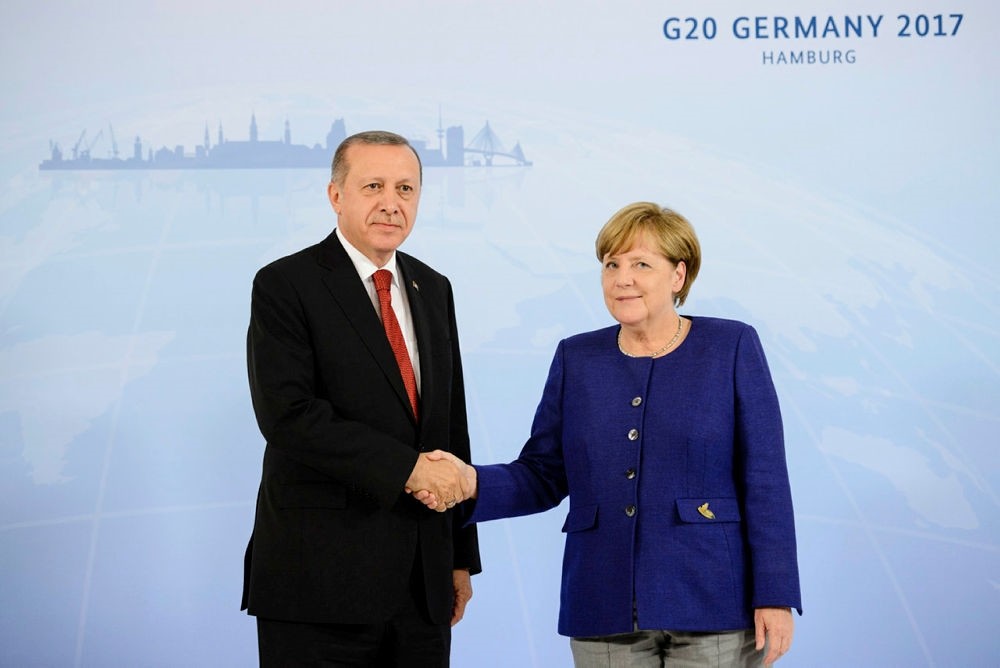 President Recep Tayyip Erdoğan met with German Chancellor Angela Merkel on late Thursday in Hamburg ahead of the G20 Summit starting on Friday.

The meeting comes amid escalating tensions between the two countries, as Ankara has lashed out at Berlin for turning a blind eye to terrorist groups using German soil for their propaganda, recruitment, and funding activities.

On Wednesday, in an interview with German weekly Die Zeit, Erdoğan said German authorities were tolerating the activities of the terrorist group PKK, although the group is also outlawed in the country.

He also criticized Germany for not taking measures against the Gülenist Terror Group (FETÖ), which is believed to have organized the foiled coup attempt in Turkey last year that took 250 lives and injured some 2,200 others.

He renewed Ankara's demand that Berlin return PKK and FETÖ suspects for trial in Turkey, and warned that as long as this does not happen, "Turkey will look at Germany as a country that is protecting terrorists."

Ties between Turkey and Germany further deteriorated this week after German authorities blocked Erdoğan from addressing Turkish immigrants in Germany on the sidelines of the summit.

Representatives of Germany's 3-million-strong Turkish community were planning to host Erdoğan at a public event on the sidelines of the July 7-8 summit.

Amid growing pressure by German opposition parties fiercely opposed to Erdoğan's address, Merkel's government caved in and ruled out such a meeting ahead of September's general elections.