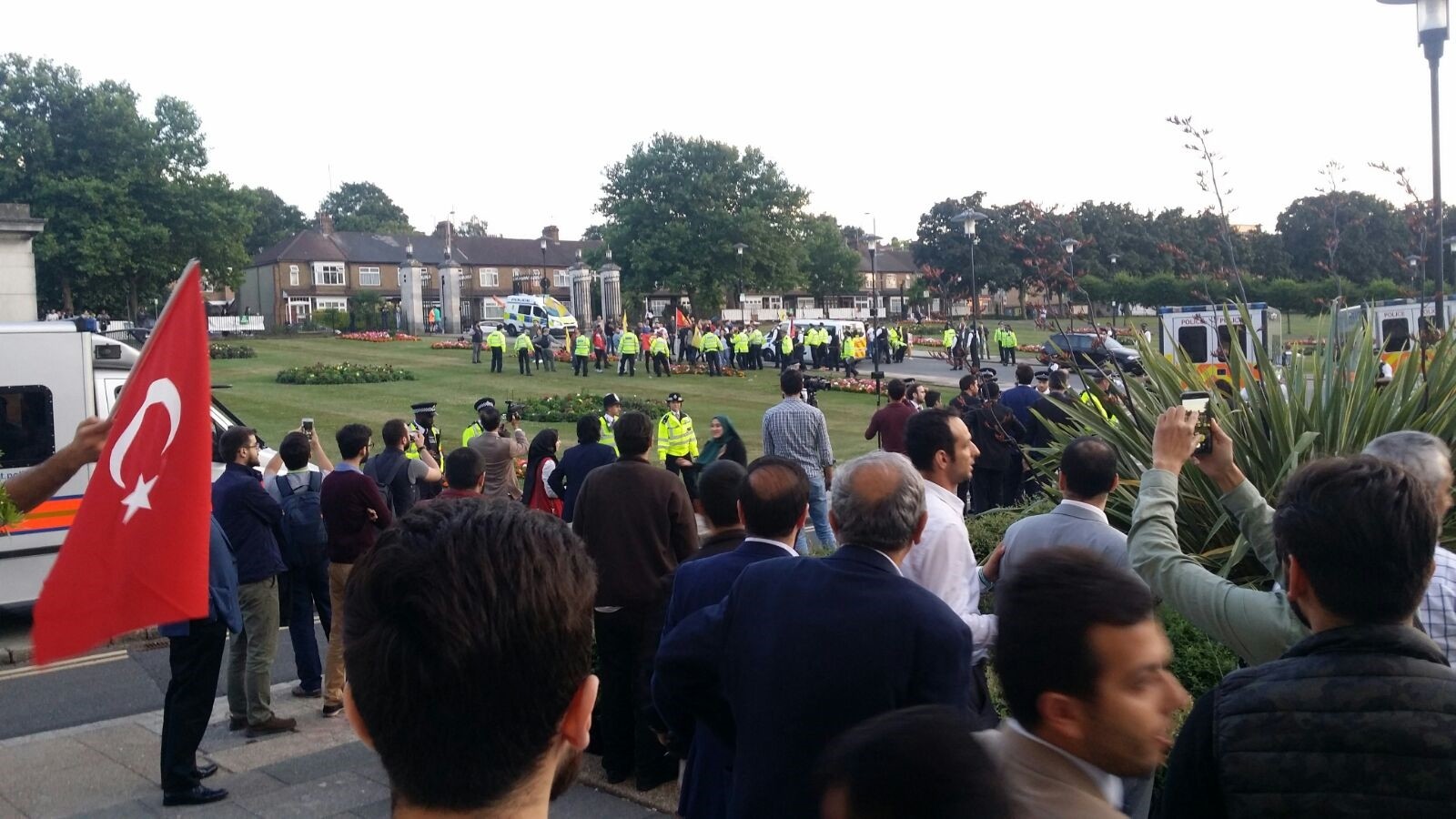 | DHA Photo
by Daily Sabah Jul 15, 2017 12:00 am
A group of the PKK terror group supporters on Friday attacked an event marking the July 15 coup attempt in London after British police failed to act against the attackers.
Around 40 militants attempted to raid an event organized by the Union of European-Turkish Democrats (UETD)'s UK branch in the Walthamstow town of London attended by 350 Turkish expats.

British police did not intervene to the attackers gathered in front of the building where the event was held, drawing a reaction from the Turkish citizens. A group later started to throw objects such as stones and water bottles at the building and injured a police officer.

The police detained three PKK supporters and one person who participated in the event.

The event was concluded after an additional police team was dispatched, however, the Turkish citizens were not allowed to stay outside of the building for a long time due to security concerns.

The PKK, also active in other EU countries including Germany, Austria, Belgium, Denmark, France, Greece, the Netherlands and Sweden, often launch attacks against Turkish premises and gatherings. Turkish officials have criticized EU officials for turning a blind eye to PKK terrorism inside their countries.

The PKK -- listed as a terrorist organization by Turkey, the U.S. and the EU -- resumed its armed campaign against Turkey in July 2015.
Since then, it has been responsible for the deaths of 1,200 Turkish security personnel and civilians, including a number of women and children.
Last Update: Jul 15, 2017 1:27 am
RELATED TOPICS