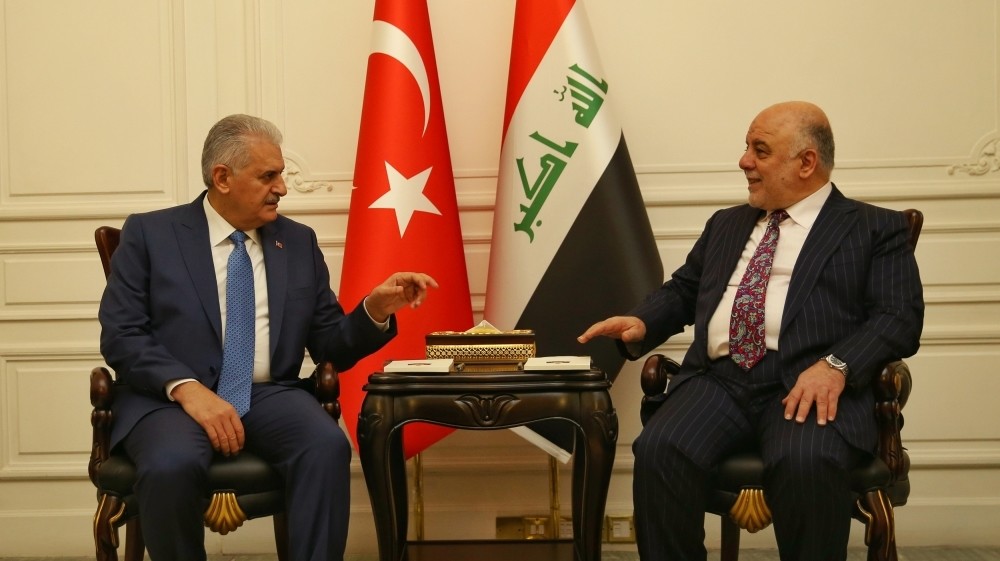 According to the prime ministry sources, both leaders reaffirmed each other on bilateral cooperation against terror groups in the region.

Other regional developments were also discussed during the phone call, the sources said.

On Wednesday, Turkey reiterated its stance against the upcoming referendum on the Kurdish Regional Government (KRG)'s independence in the northern Iraq, saying it would be a "grave mistake" that would "result in undesired results" for regional peace and security.

The Iraqi government said previously that it would reject any unilateral move by the KRG over independence.

With a population of around 5 million people, Iraqi Kurdistan already enjoys a high degree of autonomy. It has its own parliament and armed forces, but has clashed with the central administration in Baghdad over the distribution of oil revenues and control of some areas under the central Iraqi administration.