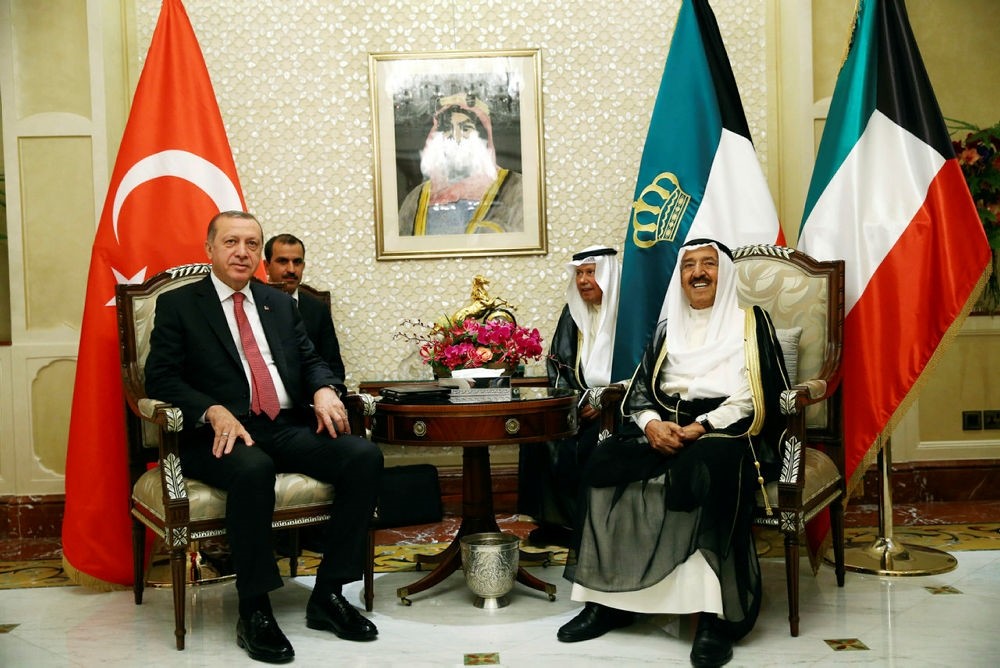 President Recep Tayyip Erdoğan arrived in Kuwait, the second stop of Gulf tour, after leaving the Saudi city of Jeddah Sunday during his trip aimed at defusing the standoff around Qatar.

Ankara sees Kuwait as key in solving the Gulf crisis, as Erdoğan previously stated that he supported the mediation efforts of Kuwait's emir.

Erdoğan, whose country has come to Qatar's aid in the crisis, held talks in Jeddah Sunday with Saudi King Salman who hailed Turkey's "efforts in the fight against terrorism and its financing," Saudi state news agency SPA reported.

"No one has any interest in prolonging this crisis anymore," Erdoğan said in Istanbul before departing for the two-day trip.

He accused "enemies" of seeking to "fire up tensions between brothers" in the region.

Erdoğan praised Qatar's behavior throughout the crisis, saying Doha had sought to find a solution through dialogue. "I hope our visit will be beneficial for the region," Erdoğan added.

On June 5, Saudi Arabia, Bahrain, the United Arab Emirates and Egypt cut ties with Qatar, accusing it of backing extremism and fostering ties with their Shiite rival Iran.

Doha denies the claim and has been backed by Ankara throughout the standoff.