Muslim world will not remain silent amid ongoing violations at Al-Aqsa, Erdoğan says 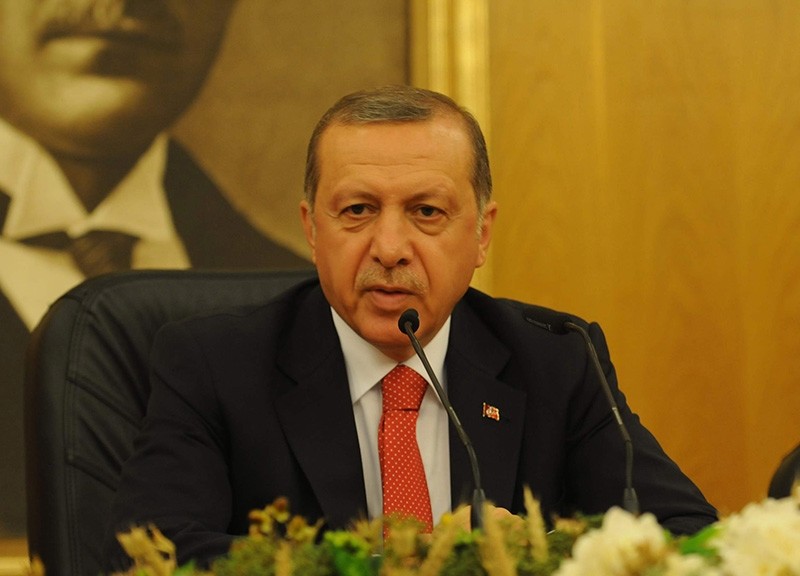 President Recep Tayyip Erdoğan said Sunday that the Muslim world will not remain silent amid ongoing violations at Al-Aqsa mosque compound in Jerusalem.

Speaking to reporters at a news conference in Istanbul Atatürk Airport before heading to Saudi Arabia, Erdoğan urged Israeli security forces to avoid using violence and act in line with international law and fundamental human values.

"Al-Aqsa not only belongs to the Palestinians, it is also honored and considered a sacred place by 1.7 billion Muslims worldwide," President Recep Tayyip Erdoğan said.

"As the term president of the Organization of Islamic Cooperation (OIC) summit, I call for Israel once more to act in line with the rule of law and basic human values. I would like to underline once again that [Israel] should avoid steps that would further escalate tensions," he added.

Erdoğan stressed that "Turkey will continue to work to establish peace in the area and support our Palestinian brothers' fight for freedom and justice."

"We do not consider it right for our brothers to be experiencing trouble and distress in any form and we are deeply saddened by the latest incidents," he said.

"The Islamic world cannot be expected to remain unresponsive to restrictions on Al-Aqsa and the tarnishing of Muslims' honor. Thus, Turkey has shown its reaction eloquently," he added.

Protests erupted in Jerusalem last Sunday, after the mosque's leadership spoke out against metal detectors that were installed following a gun attack on July 14 that left three Palestinians and two Israeli police officers dead.

The president also noted that his visit to the Gulf countries, including Saudi Arabia, Kuwait and Qatar, will focus on resolving the ongoing crisis.

"Nobody has any interest in prolonging this [Qatar] crisis anymore," Erdoğan told reporters, adding that Turkey supports immediate solution of the issue.

"It is the enemy circles who benefit from the current crisis in Qatar. We have made necessary suggesstions to the parties, and continue to do so. The first stop of the visit is Saudi Arabia. Saudi Arabia has a large role in finding a solution to the Qatar crisis," the president said and also added that Qatar has made significant diplomatic efforts during the process.

Relations among the Gulf countries will be on the agenda and the leaders are expected to exchange views on regional and international issues and present a solution to end regional tensions.